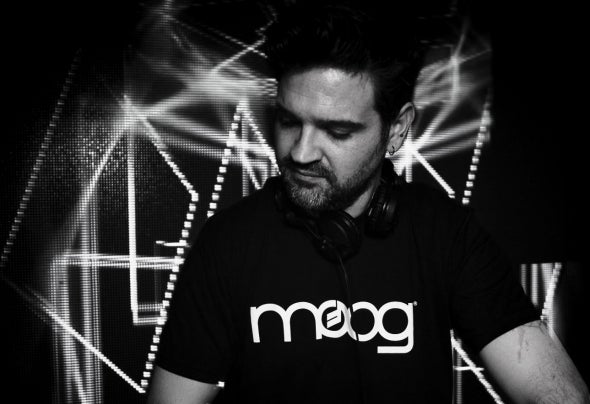 Sa.Du is a greek producer of techno music and DJ. Known for his unique style, he likes to give to his tracks strong feelings.  He began his career in his early teens as a DJ and radio producer.  He enjoyed organizing events in which he was mixing with the headliners of the Greek electronic scene. In 2009, he composed his first tracks that allowed him to cross the doors of labels like Bonzai Records, No Sound Music, EP Digital Music Hivete, Gastspiel Records, Oxytech Records, Electrovino Records,Minimal Force Records,Subwoofer Records,Boiler Underground,and more... In 2013, he moved to France where he continues to produce in his studio and mixing in clubs like VILLA ROUGE and ANTIROUILLE. In 2014 he became resident at the DV1 club.  In 2019 he creates his label « LFsis Records »  Passionate with his music, he always tries to nd effective grooves and to broaden his horizons. He sees his tracks travel worldwide through many labels and DJs like his track «Mother» played by Richie Hawtin at the Sonar 2016 festival. In his studio or when mixing Sa.Du loves to make the minds of people travelling, to see them dancing and feeling free with his music. His tracks «Field» and «Imagining yourself» are in the lists of Beatport «Top 10 Must hear tech-house» and «Weapons Secrets Tech-house». We can Find his tracks in many collections with artists such as Alberto Ruiz, Bob Daniel, Monika kruse, Pig & Dan, Mark Reeve, Anna, Spartaque... « Each track has a piece from my mind and my soul » Sa.Du