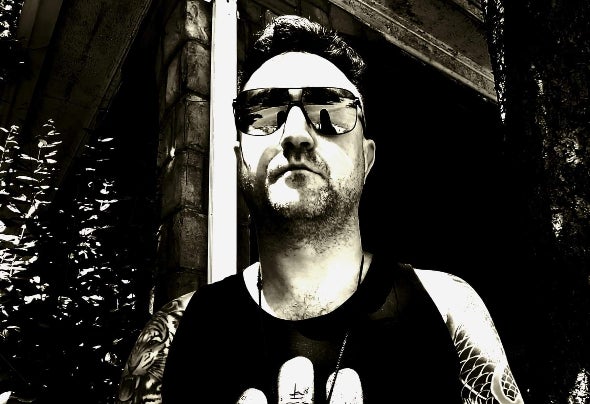 The name Scanner Darkly shouldn't be taken lightly; pun intended. It also applies as the music making moniker for one Travis Wingat, a NY based Techno DJ/Producer/Remixer who’s sound is defined by dark pulsating beats, hard hitting percussion and uplifting melodies. In search of an applicable alias, he found a binding one through his inspiration not only among his fellow "dark" artists, but also in metaphysics, paganism & esoteric philosophy. So then it's no surprise that his early musical influences come from industrial and heavy metal and his introduction to Techno music through mix tapes and attending underground /outlawparties in the late 90’s east coast rave scene.Fast forward to position as a budding producer where he has taken his creativity to new heights, and dark direction with an uncompromising approach to pushing the boundaries of expanding, sonic sensibility. Since his debut, Scanner Darkly has bred and built a revered catalog of releases on indie imprints such as Technche, Deep Tech, The Seed, and Toxic Recordings. Not being one to stay idle in the studio, he is active on the club and festival circuit with sets that are a blend of steady percussive grooves, contrasted by dark and haunting breakdowns. This is where he is able to create a unique experience with loops and samples that allow him to further push the boundaries of performing live and gives audiences an explosive and memorable experience. As one who is always in the pursuit of progress, Scanner Darkly isn't resting on any laurels or on the top of anyone's shoulders. He has markedly established an autonomous audio assemblage in a relatively short span of time which makes any fan of techno, or "dark" electronic music appreciate and anticipate what dark matter he conjures up next.