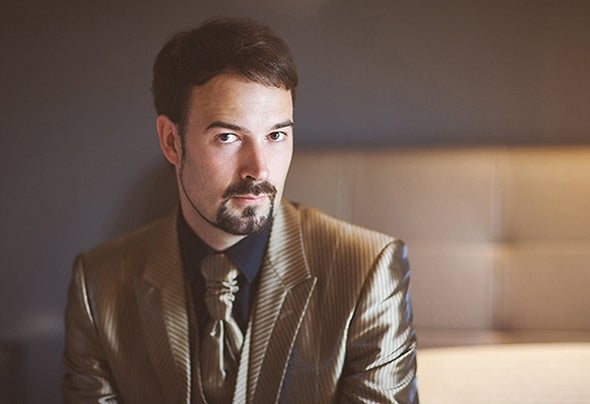 My musical background started at five years old when mygrandfather taught me to play the piano. In elementaryschool i received private piano lessons for jazz & blues. In1997 before starting high school I got involved in the familybusiness. At this early stage I was the assistant andcomputer technician in our families recording studio - StudioJORK. After spending a few years as the assistant,recording and mixing became a passion. Soon, musicproduction and composing became a way of life.Since the start of my musical career I have been involved inmore than 200 albums with a vast number of credits asproducer/mixer/engineer and as composer/musician. Ireleased many pop/rock/dance tracks in my home country ofSlovenia and Europe as well. I also played in a modern poprock band and I worked as FOH at concerts for a shortperiod of time.In the last couple of years I have been searching for a genrein which I could express what I was previously unable to. Isoon found that many songs i started writing were inhouse/trance/EDM genres. T his became a new start for mewith a fresh artistic name “Baley" and the first song "TrueSide".