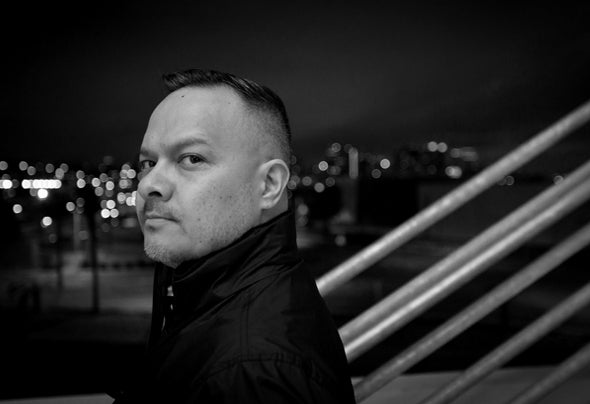 Since the 1990's Myxzlplix has been the one constant in the ever-shifting landscape of the San Diego DJ scene. Playing early House & Techno to thousands of "underground Kids" every weekend in the naked desert, "borrowed" parking lots, and empty warehouses, Myxzlplix and his peers established the nascent San Diego outlaw rave scene that helped to define California's legendary west coast rave scene. As the electronic dance movement peaked in the 90s, Myxzlplix was posthumously welcomed into the clubs as an ambassador to the underground vibe. Starting with his legendary stint at the longest and most popular weekly event "Hedonism" at Rich's; a landmark nightclub in the city's gay neighborhood, Myxzlplix has played nearly every dancefloor in San Diego county. Not one year has gone by since 1994 where Myxzlplix was not in residency at one or more nightclubs. He's even managed a balancing act of writing for industry magazines, reporting his chart selections to Billboard Magazine & Giant Step, and running a multi-media company that has occupied the space between DJ'ing and producing; for himself & other established artists worldwide. His latest out-of-booth experience plunged him into co-hosting and handling marketing and radio operations for the internationally syndicated Global Subdivisions Radio Show™, where he showcased the talents of globally known DJs and producers making noise in the always-connected digital world. Now, he's much more studio focused and committed to crafting his signature sound while remaining open to the current spectrum of house and techno. Current releases on various burgeoning labels prove that with more original productions and "remyxes" on the way, and a flagship monthly residency called Techniche, Myxzlplix is ready to conquer more.