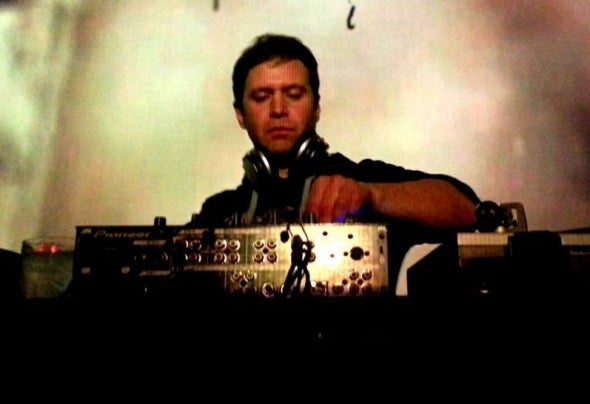 Try Music - a chiffre truly befitting Robert M. Stanley’s, a.k.a Bobby Starrr, playful curiosity when experimenting with sound. His DJ-sets are an energetic blend of emotional Acid House, melodic Deep House with Disco and contemporary tracks that he identifies as Future Classics. Bobby Starrr aims at evoking positive emotions and at creating an energetic and charged up atmosphere to keep the dancefloor pumping late into the morning tide - a mixing style he classifies as “Positivity”. Whilst appreciating the benefits of modern day innovation for his productions, Bobby Starrr, as an avid crate-digger and collector, remains a DJ who recognizes the warm and full acoustic spectrum of a vinyl and prefers two turntables and a mixer to using solely a laptop during his solo gigs.Born in Wolverhampton, UK, shortly after the release of Donna Summer’s and Giorgio Moroder’s seminal disco hit “I Feel Love”. Stanley got hooked to mixing as a result of his mother’s fondness for Motown and Disco love songs and his Big Band Jazz advocating father ‘negotiating’ a soundtrack for their weekend family road trips. Says Stanley:“As a compromise and I guess I was annoyed at the bickering, I recorded my first ‘mix-tape’ for my parents at the age of 7. I rediscovered the genres later as a teenager in Chicago House and Detroit Techno Soul and the likes of Derrick May, Colin Dale and Derrick Carter were my first idols that inspired me to try music.”A chance meeting in 2007 in Berlin inspired his music career when he meet one of his all-time favorite artists and today respected mentor, business partner and friend: Tyree Cooper (Chicago). Tyree signed him to his record label Supa Dupa and produced Bobby Starrr’s releases “Bobby Starrr Productions - GoGo Sabatini E.P.” in 2008 and “Defender of the Faith” in 2010, soon followed by a remake of the classic Fleetwood Mac track “World Turning” for Terrence Parker’s label (Parker Musicworks, Detroit). Whilst working with Bobby Starrr, Tyree soon realized that though each artist owns a unique personality and style, they perfectly complemented each other's work. Jack T he Box was born.Jack The Box combines Tyree’s long-term experience as an audience-engaging Chicago House MC and DJ with Bobby Starrr’s fresh perspective and Positivity style. The duoholds regular residencies at two of Berlin’s most legendary and notorious clubs Tresor and Kater Holzig (former Bar25). In 2012 Jack The Box was invited to join the family of Moodmusic, owned by Klas Lindblad, a.k.a. Sasse (Berlin) who released their first single collaboration: “Jack the Box presents: The Tyree Cooper and Bobby Starrr E.P.”, a primer for the release of their highly anticipated album “Jack the Box presents: Side A” in 2013.Their undeniable charisma and enthusiasm and their flawless track record of successful parties has garnered Jack The Box a distinguished reputation amongst a remarkably high caliber of crowd-pleasers. Featured guest DJs and live-acts have included Farley Jackmaster Funk (Chicago), Pal Joey (New York), Terrence Parker (Detroit), Rob Mello (London), Nicholas (Italy) and Supa DJ Dmitry of Deee-lite (Kiev).In 2009 Jack The Box were approached by Sweatlodge Radio to host a weekly radio show which Bobby Starrr continues to curate every Wednesday from Yuma Bar in Berlin-Neukoelln, inviting his DJ friends from around the world to perform live and direct via online-stream. Regular pan-European co-hosts of the show are Tyree Cooper broadcasting in-house from Yuma Bar; Joost Dulac, broadcasting from Soundfreax in Amsterdam; and DJ Upi, broadcasting from various clubs, bars and even saunas in Helsinki. Featured in-house guests included Mandel Turner (New York, Paris), Red Rack’em (Nottingham), Joe Babylon (San Jose), DJ Toh (Tokyo), and Bryan Agent Pepper (Paris).Outside of Jack The Box, Bobby Starrr continues to carve out a niche for himself as a solo artist with gigs at Platoon Kunsthalle and Cookies in Berlin. Bobby Starrr brands his Positivity style by collaborating with established, like-minded Berlin locals and if he is not DJing as one half of Jack The Box, he is collaborating with Filippo “Naughty” Moscatello (Berlin), Dingemann (Berlin, Rotterdam) and Antti Rasi (Berlin, Helsinki) amongst others. With a disregard for boundaries, Bobby Starrr always enjoys experimenting off the beaten track by engaging for example Gogo, frontman of the Berliner rock band Mamasweed, or the Grandseigneur of Berlin’s party scene, Friedrich Liechtenstein, to support him at his gigs and productions.Previous to Berlin, Bobby Starrr lived in Vienna, Austria, where he worked with two of the most influential Austrian artists: Umberto Gollini (Cheap Records, Vienna) and Jeremiah (Grow! Records, Vienna). A trip to Chicago in 2003 resulted in his debut releases under the project names The Starrrs and Mr. Bob Angel for the family of record labels owned by Jordan Fields (Headphoniq, Chicago). Back in Vienna, Bobby Starrr branded the monthly events “Royal Flush” and “Airdig” with his newly found musical family. He put his stamp on parties such as “Hustler” at its original location Piper’s Ballroom and “Wednesday Club” at Stein’s Diner.Before moving to Austria, Bobby Starrr acted as Head of Dance Department at Mike Lloyds Music, renowned as the spiritual home of indie music lovers in the West-Midlands, England.At the young age of 17 he made himself a name for discovering and supporting newcomer talents, genres and labels, applying the in-depth understanding of music history and evolution that he gained by learning the trade from scratch via student jobs in record stores and as a club promoter. In collaboration with his first mentor Leigh Toro, Bobby Starrr accomplished at 16 with “Meltdown” his first success as a forward-thinking freestyle DJ and party creator. “Meltdown” drew featured guests such as Andrea Parker (Mo’ Wax Records, London), Autechre (Warp Records, Manchester), DJ E.A.S.E. (Nightmares on Wax, Leeds), Jamie Hodge (Born Under A Rhyming Planet, New York), Luke Vibert (Ninja Tune, Cornwall) and in 1996 was voted into the Top 20 Clubs by N.M.E Magazine and recommended by Mixmaster Morris at Mixmag.