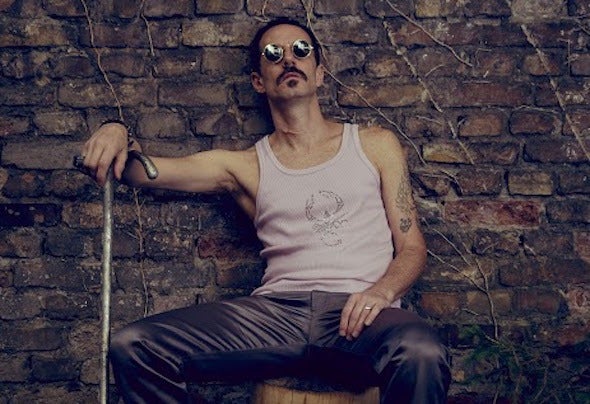 Singer, songwriter and multi-instrumentalist Snax has been on a musical journey that’s taken him from Washington DC to San Francisco to New York and now his current home in Berlin, Germany. Since 2002, he was one half of disco pop group Captain Comatose, then later broke out on his own; producing or co-producing such hits as “$100” and “Honeymoon’s Over.” Over the past 7 years plus, Snax collaborated and toured with Jamie Lidell, The Scissor Sisters, Peaches, Kaos, Shapemod and Nu Frequency. His shows are notorious for their mixture of provocation, sleaze and fun, sometimes described as “Fist-Funk.” To date, Snax has 3 full albums, 2 EP’s and tons of remixes and collabs under his belt. He also heads up Random Records, home to his own music, plus that of his instrumental dirty doppelgänger, Tony Amherst. www.snaxonline.org