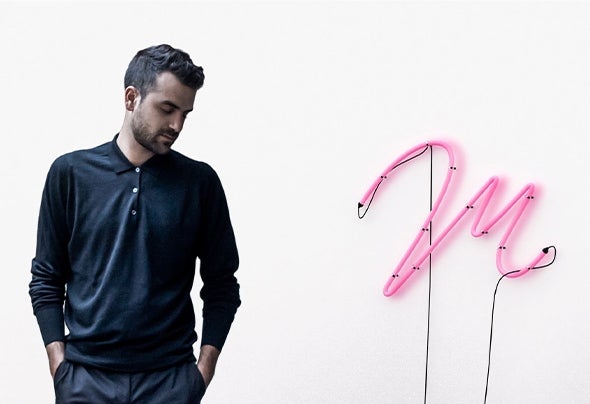 At an early age Mickey already got hooked to the more interesting sounds of the 60’, 70’s and 80’s, never losing track of all the hot music that is being released today. Some 10 years ago he decided to start producing his own sounds and this soon led to his first release on Relish Records. Being charted by The Magician in his ‘Magictapes’ has helped put the spotlight on Mickey in recent years. DJ bookings over Belgium and beyond followed, highlights being gigs in New York (Nouveau York Party), Hollywood (Dim Mak Studio), China & Australia, whilst landing a Belgian residency at Libertine Supersport club in Brussels.As a producer Mickey has fast become a force of his own. Playing all instruments himself Mickey has already done some song writing for other bands and continues to grow as a producer. After his first E.P. he surprised the world with killer remixes for Housse de Racket on Kitsune, Headman, Tyson & Beni (on Modular). Recently he released an E.P. on the influential Belgian Smile label and he is already working on a follow-up for that one. He's currently signed to Berlin based leading House label 'Exploited'. His first single 'Walk Away' will be officialy out on the 18th of November 2013. The follow up 'Sweet Baby, released on the 21st of April 2014 is still topping the charts after his 4th month of release. You can expect his brand new EP on the 28th of August. Stay Tuned!