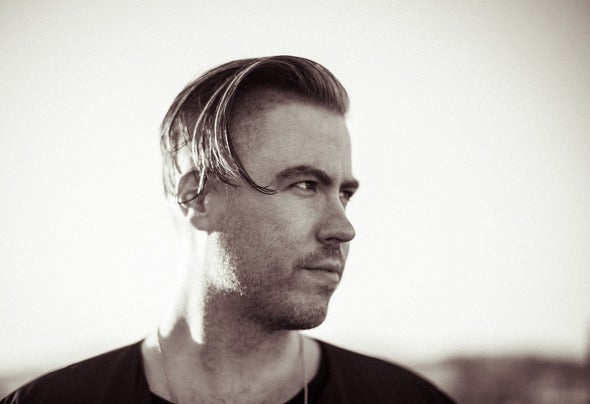 “If Prince and David Gahan had a baby in Paris in 1990, that child might now be making music like this" – Guardian UK “This” meaning the work of LA-based Human Life, a.k.a. Matthew Wasley. Citing influences as diverse as The KLF, Prince, the sort of leftfield disco played by DJ Harvey and classic house producers like Mr. Fingers and Frankie Knuckles, Matthew produces catchy, potent electronic music with engaging vocals and strong song writing. Human Life’s sound combines the best of the underground and the overground without contriteness or awkwardness - and it’s one that’s caught the attention of artists ranging from French legend Alan Braxe, Lee Foss, MK/Marc Kinchen, Radio 1’s Jaymo and Andy George, Grum, Aeroplane, Sasha, A-Trak, Crookers and even the late DJ Mehdi, who along with Riton played Human Life tracks on every date of their historic Carte Blanche tour. Originally from Boston, Matthew now lives in Los Angeles with the city’s nightlife providing another strand of influence in the project’s sound. Human Life began in 2009 as a collaboration between Matthew and producers Joshua Collins & Rachael Starr. 2010 and 2011 saw the project play standout gigs in New York’s legendary Webster Hall and Le Bain @ The Standard New York, L.A.’s number 1 nightspot Avalon, Neon Noise Project at XOYO (London) and Razzmatazz (Barcelona), along with showcase spots at the prestigious In The City music conference (set up by Hacienda and Factory Records legend Tony Wilson) and WAD Magazines 10th Birthday (Paris). After releases on the project’s own LIFEX Recordings, they found their smash ‘In It Together’ being played on music TV stations around the world with the video receiving over 300,000 views on YouTube. This global buzz caught the attention of various labels and was subsequently licensed to Defected Records and Sony Australia (One Love). The track also received a makeover from none other than the Godfather of house music, Frankie Knuckles, which resulted in a No.1 on Traxsource for 4 weeks and praise from BBC Radio 1’s Pete Tong who said “they don’t make ‘em like this anymore” live on air. With further releases forthcoming on labels like Hot Creations, Human Life is set to have a busy 2013 after making a solid impression on the electronic scene during the project’s launch. Matthew is also hard at work on a debut album. Stay tuned! www.humanlifemusic.com