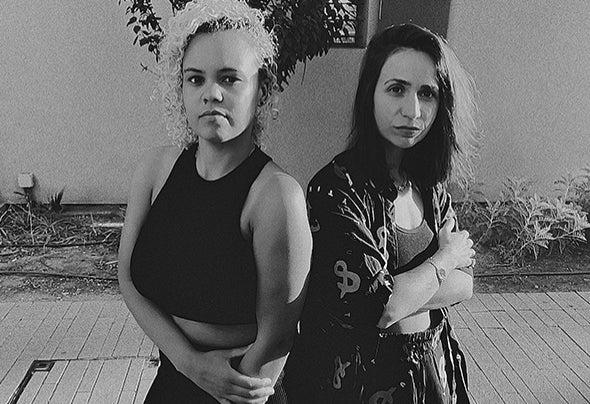 BLACK GIRL / WHITE GIRL aka Karin & Ty, are a duo on the rise. In their ten years of experience, they have defined a new sound oscillating between classic 90s techno, jackin' Chicago acid, and hypnotic, ass-shaking machine funk. The pair has been on a roll recently, releasing a string of highly sought-after cuts on SYMBOLISM, Super Rhythm Trax, and Balkan Vinyl, while picking up support from techno titans such as Ben Sims, Josh Wink, Truncate, Ben Klock, Luke Slater, Noncompliant, and Len Faki. On the dancefloor, their masterfully crafted mix of techno meets acid, breaks, and rave morphs into the energetic peak-time force that has come to define the BLACK GIRL / WHITE GIRL sound. Their sets are fast-paced and muscular, transporting us to the golden era of techno while also moving us firmly into the future, showcasing their appreciation for the past while creating something new altogether. If you've ever seen the duo live, you'll know they have that elusive magic touch. Every time Karin and Ty hit the decks, they bring all the twisted arcs, goosebumps, and mind-melting sensations. Without a doubt, you're in for an unforgettable journey.