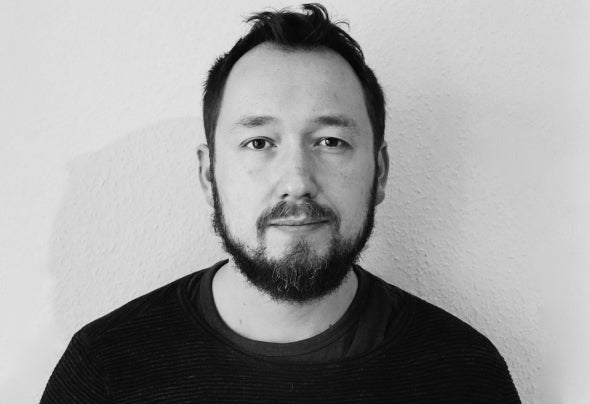 Johannes Volk is known for his releases on Axis, Cocoon, Token or his own label Exploration.Booking informationWorldwide: gregor@cocoon.net / Italy: berit@cocoon.netAt heart he is a vinyl collector and his DJ sets combine an open minded, raw and hypnotic techno sound. At the age of 14, Johannes came into contact with Detroit Techno. He began to explore records and started DJing. Johannes has been socialized with techno in nightclubs between Kassel and Frankfurt, at Downtown Records in Gießen and a radio show called hr3 Clubnight. It was not longafter that an obsessed Johannes began producing his own music. His first record was released on Jeff Mills’s Axis Records in 2006, followed by a series of vinyl releases on Construct Re-form, Dolly and other labels, remixes for Efdemin and Patrice Scott.In 2011 he decided to start his own label ‘Exploration’. The imprint is dedicated to conceptual techno and science-fiction music and has given him full creative freedom.During the last years Johannes gained a lot of experience as a DJ and played gigs in many places in Europe, such as Berghain, Corsica Studios, Concrete, Panorama Bar, Tresor, Rex Club and manymore.