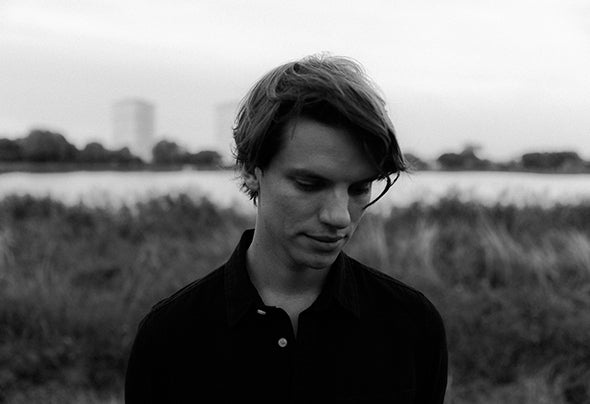 Harold Boué aka Abstraxion is a 28 years old french producer, based in London and Maseille. He is releasing on HAKT Recordings and Biologic records in November his frst album Break of Lights, the stunning debut LP from French musician. If critics are merely a tough crowd, dance music producers rank tougher still, the London-based innovator's music has already garnered accolades (and spins) from both – including heavy hitters such as Erol Alkan, Simian Mobile Disco, James Holden and Dan Snaith (Caribou/Daphni). Full of melancholic reveries and hybrid explorations, Break of Lights reveals Abstraxion to be a standout producer and true obsessive to his craft. "The most important thing for me in this record was fnding my own sounds and combinations to build a whole new world," says the producer of this, his frst long player. "I wanted my album to be coherent and refect what my project is about so that people could get into that timeless spaceship.Break of Lights, consequently, abounds with texturally rich, rapturous gems and thoughtful meditations on the passage of time. Album opener "White Rain," featuring the whispered vocals of Parisian artist Chloé, winds plaintive guitar around modular synths and Abstraxion's own ghostly vocalizations. "Moon" bubbles with blinking synths and blip-and-bleep effects that, in a titular nod, fash celestially. "Every Night I'm Lying" marries tremendous beats with gorgeous vocals from Danish singer Astrid Engberg. Possibly the most hypnotic track here, "Around Me," warms with sonorous synths that speak like beautifully indecipherable utterances. And "Les Histoires," dedicated to the producer's father, emerges with half-recalled conversations from childhood, then drifts – as if via time – through spectral keyboards that flter past like memories.Abstraxion co-manage the label Biologic Records with DJ, producer DC Salas. After putting out a series of EPs, he released the singles "Jus Acid" and "Jaipur's Elephant" on Different Records in 2011 and 2012, respectively. He has also released music on Marketing Music.Always a singular character with an ear for sound, he has built a music studio in Marseille with old analogic instruments. He spends his time there making electronic music that is as explorative and organic as possible. "I've built a system in my studio where I can spontaneously compose with all my instruments," he says. "That way, in the end, the track has the same warmth of feeling as the room during the recording process itself."