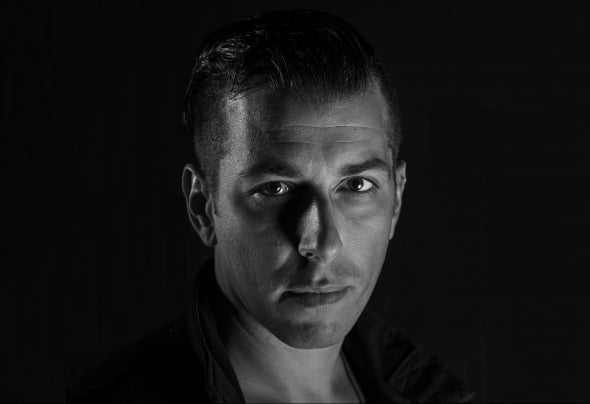 No need for introduction when it comes to Industrialyzer, In our humble opinion, Ricardo is single handedly responsible for re-booting the Techno sound after his collaborations with Cisco from the Advent made him what he is today, a non stop techno machine , His sound could be described as Minimal, but Dirty and Fast, Heavy but clean and bursting with crazy production and musical ideas, he have sent crowds wild all over the globe. With releases on Drumcode, MBElektronics, Kombination Research ,1605, Bush records, Credo, Mote Envolver, Patterns, and remixes for , Umek, Green Velvet, The Advent, Pig&Dan, Alex Bau, Tom Hades, A.paul, will show his diversity in sound . Ricardo Rodrigues was born and raised in Lisbon, Portugal. At an early age of 14, inspired by his fathers profession, started taking guitar classes. Two intense years later, he would already give classes in scales and music theory to young talent. Over the years to come, Ricardo joined several bands and performed at bars, concerts and festivals. At the age of 17 he would discover his true love to be electronic music. Starting as a bedroom DJ, he gradually started performing in Portuguese clubs as well. In 2000, Ricardo moves to The Netherlands to take a course in electronic music production. Amazed by the local techno scene, the decision to be made was quite simple: he decided to stay. New doors would open in 2003, when he became second at the I Love Techno DJ contest, and then again in 2005, by winning the Dance Parade Rotterdam DJ contest. Parallel, Ricardo was also busy producing. He advanced and refined his sound, which didnt come unnoticed. In 2007 Cisco Ferreira aka The Advent discovers Ricardos talent and take him to a whole other level , together they formed the act the advent & industrialyzer and a few months later They started Codeworks which would with its first release immediately prove to be successful—selling out in one week in 2010 Advance Intelligence was born, a new digital label specially made for the softer ideas of the partners in crime truly they’re sound became to be an inspiration for artists to follow.