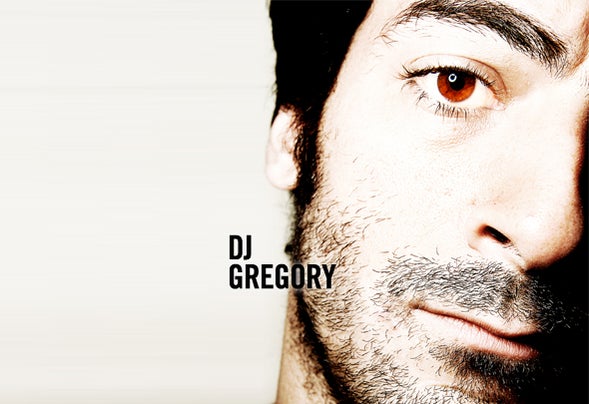 n the early 90’s House music was a fairly unknown, controversial underground movement in France for which only a handful of people shared a secret passion. Gregory was one of those drawn in by this new genre of music, which in 1988 was already taking over England. Gregory’s vision however reached further, all the way across the Atlantic. In 1990, Gregory took his first trip to New York. This turned into an annual pilgrimage and he eventually moved to the Big City to learn more about the roots of House, to discover how and why it was born and to master the technique of playing and producing it. His passion for vinyl and several contacts in New York led him to start a home-based distribution outfit. Selling and exchanging rare 12’’s and American imports to Parisian record shops were the beginning of his musical dealings. During this time, he met DJ Deep, one of the precursors of the best American House music in Paris, and Alex Prat, who would soon take on the name of Alex from Tokyo. DJ Deep regularly invited his two acolytes onto the airwaves of Radio FG. A (Alex) Deep G (GREGORY) Groove was born. Between 1994 and 1995, the team hosted a daily show, which increased Gregory’s popularity and made him one of the most sought-after new artists on the block. In 1995, DJ Deep hooked up with Nova, who had finally opened their doors to House music whilst Alex left Paris for Tokyo. Gregory stayed at Radio FG and also became the indispensable DJ at the hip & outrageous club nights at Folies Pigalles, playing alongside Dimitri from Paris and Daft Punk. 1996 marked an important turning point for Gregory. He became the resident DJ for the TGV nights at Salle Wagram. He also made his first step into music production with the Cerrone sample track "Take The Cash & Run’’. One year later, Gregory produced "Faithfull", a collaboration with Julien Jabre under the name of Fantom. The track, which was part of the Sourcelab compilations series, sold over 40,000, and started Gregory’s immensely successful music production career. As a DJ/Producer, Gregory (and his various identities) signified enormous versatility, even in his choice of labels. The "Backshish" EP 1 and EP 2 was released in 1996 on Basenotic, produced this time by a certain Cheesy D. In 1998, the "Headcore EP" came out on Versatile and revealed Gregory’s dark, strange and radically underground side. After two years in NYC, Gregory returned to Europe bursting with new ideas. In 2000, he started the legendary ‘Africanism’ label alongside Bob Sinclar. Releases to date have included the massive "Block Party", "Tourment d’Amour","Les Enfants du Bled", "Soldiers" and "Takemussa". Following the success of Africanism, Gregory launched his own label FAYA COMBO, whose first release "TROPICAL SOUNDCLASH" was one of the biggest hits during summer 2002 (signed by Defected UK). The label’s productions, including "DON’T KNOW MALENDRO", "ELLE" (the storming anthem of Summer 2003),"THE JOBURG THEME" and "SOLARIS" signify how versatile, emotional and ground-breaking a producer Gregory is.