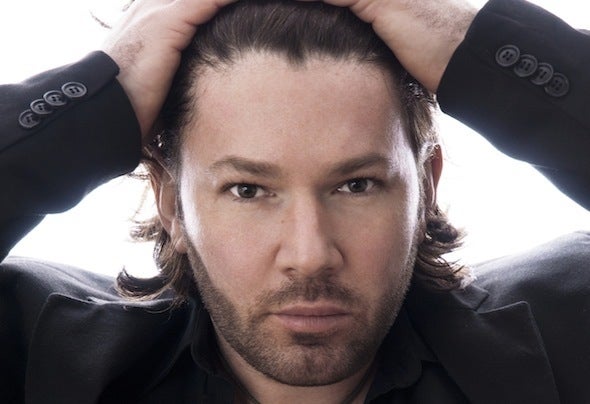 From the very beginning of his career, Cutee B has been considered one of the leading Hip-hop and R'n'B DJs of his generation in France. An outstanding beat- maker and multi-instrumentalist, he has composed, collaborated on or remixed a massive number of hits in the international charts-- for the most famous of international artists, and in all scenes. Breaking down all musical barriers-- mixing urban, ethnic, and electro music-- he has become one of the "most wanted" producers, and a world- renowned DJ and performer.Cutee B is born into a musicians’ family in which he develops a very early sensitivity, and a real gift for his art. At the Music Academy, he first learns how to handle classic instruments, before encountering Hip Hop culture. He is at once fascinated by DJing and quickly emerges at the top of the French DJs list, winning in 1993 the title of "France DJs Vice World- Champion" at the DMC championship.The doors of the hippest clubs are then open to him and he can test every night his DJ skills, not only technically-speaking but also his ability to "feel" the dance floor. In the meantime, he keeps on perfecting his composing and producing abilities....Combining the Hip Hop and R'n'B scenes for the first time, he successfully produces some of the best French artists (Sefyu, Oxmo Puccino, Fabe, Saian Supa Crew, la Fonky Family , Busta Flex, Leslie, Triptik, Canardo, Willy Denzey or K-Reen ). Cutee B’s reputation quickly goes beyond the French borders: remixes and collaboration requests come from all around the world. He works with some of the most prestigious artists of the moment, like Nas, Zhane and Boys 2 Men-- at the top of the world charts. Motown spots this inimitable Frenchy, and ask him to mix their first compilation, aimed at the French market: "Motown New Flavas". Bob Sinclar then starts working with Cutee B in 1993. The artistic association works at once with the impressive success "Feel For You".In the years that follow it has been nothing but hits: "Rock This Party" of course, which reaches both Hip Hop and House fans and gives a fresh start to the French musical scene. This is followed by "Sound Of Freedom", "Love You No More " feat. Shabba Ranks, "New New New" etc ... His remixes are played worldwide every night by top international DJs. From Yves Larock’s "Zookey" remix to Madonna’s Feat. Justin Timberlake "4 Minutes To Save The World", Inna Modja’s "French Cancan", Antoine Clamaran’s "Dr Drum", and of course Big Ali’s single "Hit The Floor" (#1 in clubs), Bob Sinclar’s "Tik Tok" and "Rock The Boat", feat. Sean Paul and Pitbulll.Today, Cutee B’s passion for music remains stronger than ever. Having seduced a large audience last summer with his discovered artist Gums and the hit « Don't Give Up », they now come back with a new bomb entitled « In My Life » feat. Elephant Man, and their album “Sunshine”.Cutee B is currently working on his first solo album for Sony Music: an opus inspired by his experience, his diversified musical culture and his ever-growing will to go beyond frontiers. “Electro Shock” will be released in 2012, promising massive collaborations with other artists.As prolific in the studio as he is in igniting dance floors, Cutee B is frequently asked to mix in internationally renowned clubs like the VIP Club in Paris and Saint- Tropez, Boudoir in Dubai, Pacha in Barcelona, ByPass in Geneva, Mica in Lausanne, or Mansion and Set Club in Miami. He proves each and every time that he is one of the best international DJs from all scenes brought together as one, and gives the audience what has always been at the core of his being: a love for music.