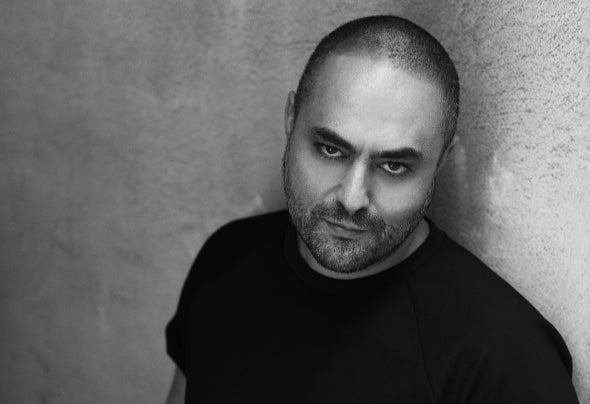 Dj, Producer and Label Manager, Fabrice Dayan is a pure product of the 90’s Rave culture and the emblematic face of the Parisian electronic clubbing scene. Born in Marseille at the end of the 70’s, he is imbued with New Wave culture but it’s with Hip Hop that he begins his story behind the decks. Discovered by Guetta in 96 he began his Parisian history by working as a DJ at night and record seller by day. Marked by many incredible encounters and legendary residences in Parisian clubs such as Les Bains Douches, Bataclan or Queen Club, and later in Ibiza at Blue Marlin and Lio. Known today as the DNA of the legendary club Raspoutine Paris and the founder of Voyeur Music label created in 2015, Fabrice is always on the lookout for exclusive music. In 2017 Voyeur Music entered the 86th place of the Top 100 of the best international independent electronic labels. The label has been known thanks to titles like «La Maza» (# 005 Top Shazam Ibiza 2017), or «Time-Not Alone». Closely watched by the influencers stratosphere from the electronic world, the record company is massively supported by artists such as Black Coffee and Solomun. Invited to introduce Voyeur in Miami for the Winter Music Conference in 2017, Fabrice begins to travel the world to spread his good vibes at festivals like BPM or EMF. Already a regular at the radio, Fabrice is invited in 2019 by Radio FG for a weekly two-hours program called «The Voyeur Radio Show» on which he presents his vision of upcoming trends in electronic music. That same year, Solomun invited him to play his warm up at Parc Longchamp, in Paris, in front of more than 12,000 people. Moreover, Pacha group offered him two summer residences with the label, one at Destino club and another at Lio in Ibiza. Then, in October 2019, the American DJ star Blondish, director of the label “Abracadabra”, offered him to release his song “Sha Shtil” and regularly invited him to play at virtual festivals, broadcast around the world on “Twitch” platform.