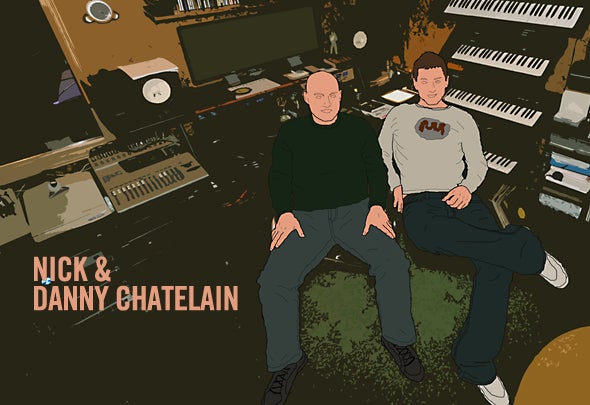 Nick & Danny Chatelain are currently two of the hottest house DJs around. Their tracks are constantly being licensed on compilations and played by some of the biggest names in the industry. The last few years have seen them producing nonstop Hit after Hit, including such releases as We Feel Love, El Pasito, Baila Baila, Katrinyla, Caliente, Rumba, Addictive and Sticky Dicks. The sheer quality of their recent output has seen the collaboration requests pour in, resulting in such tracks as Backspin with Ellectrica, Jocelyn Brown’s Better life, Wally Lopez’s Iuvenis, HCCR’s Night @ The Black and the huge hit The Crawl as well as remixes for Klement Bonelli & Brahms, D Formation, Dario Nuñez and MastikSoul. Their tracks have been exclusively signed by labels such as Defected, Cr2 Records, Toolroom Records and 4Kenzo Recordings. During this period of creative output they have also made time to create their own Labels Goanche Recordings and Uniform Inflow which are already hugely successful within the industry with each release entering high in the Beatport 100. With each release, Nick & Danny Chatelain raise the bar and confirm that no set list is complete without them.