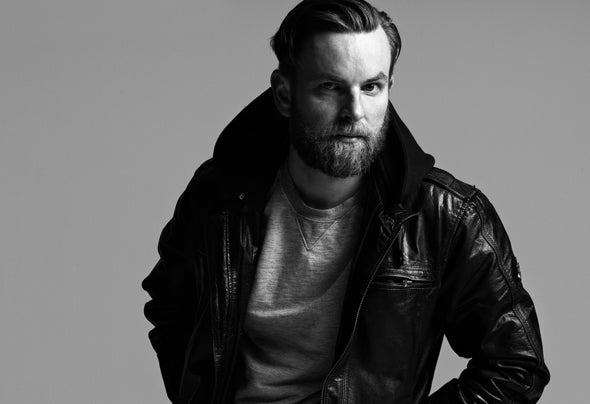 "Caught between two worlds ..." is not the most convenient place for most musicians. That, however, is where Oscar OZZ has felt most comfortable for years. Whether Deep House, Tech House, Indie Dance or Minimal: the most important thing is that it grooves, is catchy and rocks the dance floor! Since the early 90s to this day, Oscar OZZ (formerly only Oscar) has been a successful producer, DJ and label owner. Every year many tracks appear, mostly on vinyl, and sweeten up - not only in this country - music lovers’ lives. Oscar's discography is very comprehensive and includes famous productions on many different labels such as Katermukke, Material Series, Confused, Perc Trax, Superfancy, Beatwax, BlackFoxMusic, Mooose Records. Of course, much of his music ends up on its own imprints: KarateKlub, Lørdag, Kol Mojito, Karatemusik, Extrasmart, Tape Select or OZZ. His gigs at the hottest clubs in the country as well as his gigs abroad in Mexico, Bolivia, Spain, Belgium, Holland, Norway etc. have also been highly praised in retrospect, just like his regular festival appearances at e.g. SonneMondSterne, Sputnik Springbreak or Summerspirit. Oscar is also known and notorious for his edits, which are distributed to a large fan base (> 3000 subscriber) free of charge on a monthly basis through his newsletter. Songs from James Blake, Lana Del Rey, MS MR, Moderate, and many other artists have thus had the pleasure to be enhanced for the DJ world. We want more!