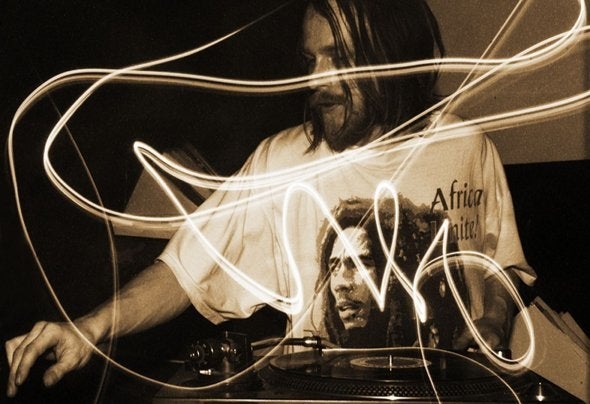 Metaboman is Wendelin Weissbach. He is a hip-hop jungle kid who is going a straight way. In the middle of the 90`s he and his friends DJ Légères & drummer Friedemann Ziepert founded a live rap band called Feindrehstar. Over the time they have explored all varieties of modern dance & downbeatmusic and the essence of this music made up the sound of Feindrehstar. While looking for more possibilities to create different kinds of music he realized that a MPC 2000 has the potential to tinker plenty of fine beats. The pushing material made of his MPC 2000 is cracking up the people either on the dancefloor or anywhere else. Between his work for Feindrehstar and Musik Krause he and three other musicans developed another project which is called “Rollladen”. In all likelihood, the addiction of buying vinyl brought him to play this material in clubs. Presently, he and his buddy Carlson Basu are spinning together the turntables under the synonym Krause Duo. As Metaboman he has released a lot of records on the Freude am Tanzen Sublabel Musik Krause.