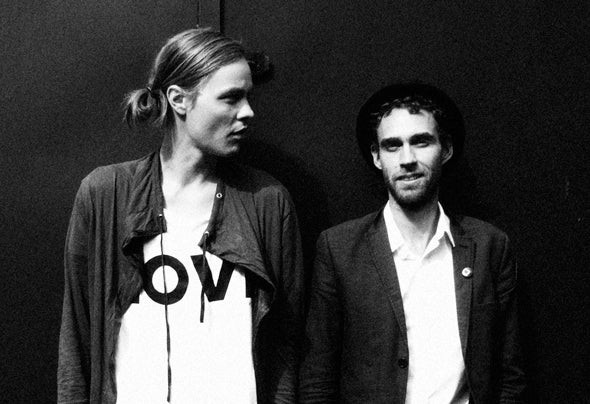 App is the acronym for August and Peter Pixzel, and marks thecoming together of two producers and musical minds.United by their love for electronic music,APP has its roots in opposing musical backgrounds:August Jakobsen grew up playing the guitar and piano, he went onto study Jazz at Trinity College of Music, was soon a member ofand producing, a number of bands always enjoying the live as pect.Peter Pixzel began his musical journey in Copenhagen as a DJplaying house music, his naturally inquisitive mind led him to learnthe art of production and create music under his own name. Adecade later, now in London, Peter began organising parties, asone third of WetYourSelf, the seminal weekly Sunday party atfabric in London.When August and Peter eventually met at a party, it was the coming together of two extremes that sparked an immediate connection which drove them to create and play music together,working in their studio in Gray’s Inn Road. App is house music with an organic twist.