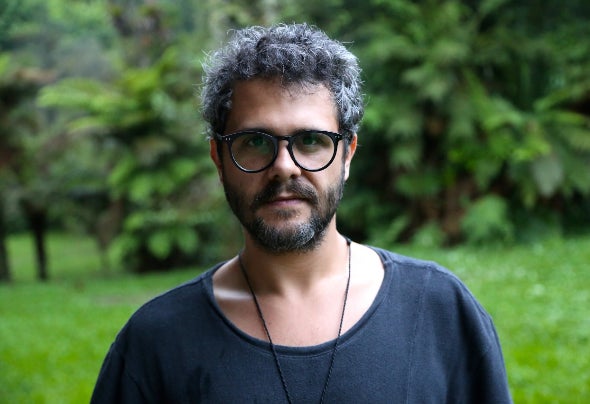 As the creator and resident of Colectivo Sonido Trópico of São Paulo, Spaniol is a staple of his city’s local scene. The collective’s transcendental parties have brought the likes of Rampue, Oceanvs Orientalus, Xique Xique, Holger Hecler, and more to the city center while also traversing the world from Tulum to Tokyo. As a lifelong musician, Spaniol’s introduction to electronic music evolved from a background in classical guitar and flute as something of a “happy accident” whilst in his teens. Good thing for us though, as this current sound draws from all that surrounds him and has been featured on labels like Sol Selectas while gracing the stages at Katerblau, Sysifos, Heart Ibiza, De Martkantine and Public Works amongst others. With elements of Classical, flashes of Brazilian Pop, Jazz, Samba, Caimbó, combined with both analog and didital percussion, the sounds of Spaniol are narrative, edgy, and undeniably energetic1