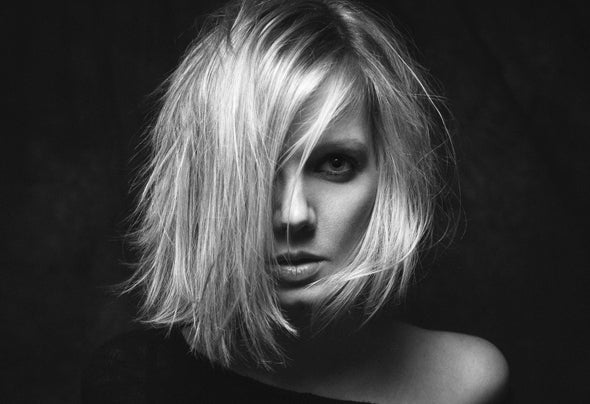 Sophie Nixdorf is one of the most popular DJs in Germany at the moment. The readers of Faze-Magazin have just recently crowned for the second year in a row as one of the top-twenty shooting stars. Sophie stands for uncompromising prime-time techno-sets. From the beginning of her career she played side-by-side with national and international leading DJs. Be it on festivals such as the Winterworld, as former resident DJ of the notorious U60311 in Frankfurt or as resident of the legendary Palazzo-Events Sophie easily stirs-up every dancefloor with her mind-blowing sound.But she is not only a genius in the art of turntable, she is also recognized as a producer. Her releases on You Are Strange, Overdrive and Diametral can be found on the playlists of superstar DJ Richie Hawtin, Drumcode-Artist Mikael Jonasson as well as "Knarzmaschine" Thomas P. Heckmann. Her tracks have been remixed by Stanny Franssen aka G-Force, D.Diggler and Matt K. She has even provided remixed for well know DJs like Lexy, Eric Sneo, Adrian Hour and recently techno artist Niereich. Sophie can never hold her hands still - new projects are already in the pipeline.Last but not least Sophie owns two techno labels. In 2015 Sophie Nixdorf founded her new label YOU ARE STRANGE. The label delivers a wide range of techno sounds and will release music from newcomers and established acts. The sound is influenced by the artists Sophie loves and keeps on playing in her sets. It lets you flow between cool techno and house. Even 2011 she became owner of Overdrive and since then heads one of the oldest techno labels in Germany.