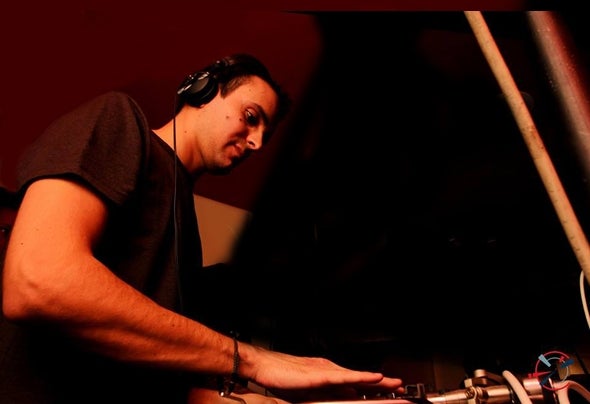 Just a few of his info: his dj/producer story began in the year 2000 with Gas Records, where he release techno tracks; one of this, "Dedicated Ep" become a "speaker freaker hit" on Bbc radio 1, the famous radio show of DJ Fergie, in UK.His techno music bring Mauro to dj abroad, at Storm (Birmingham) and at the famous Holland Mega Event of Q-Dance, Defqon 1. After a collaboration with various artist and labels, he decided to change is music style from 140 bpm to the new wave of minimal techno music in europe. - 2006 year: he produce his first minimal single, "Pallette" on Boxer Sport label (DE), that become a hit single, played by the most famous dj in the world. His following release was made with his friend, Andrea Paganin, on Alex Neri label named TENAX, one of the most important label based in Italy and for Oliver Lieb's "Maschine" as remixer for NDKj. In the 2007 he made a remix for one of the most important italian duo in the world for house music, Bini & Martini - At the moment he's collaborating with different labels like:Polar Noise (IT), Heatflow (IT), Pild (ARG), Amazing Rec (IT) and he runs and own with Dalbe his label Undeliving Recordings.