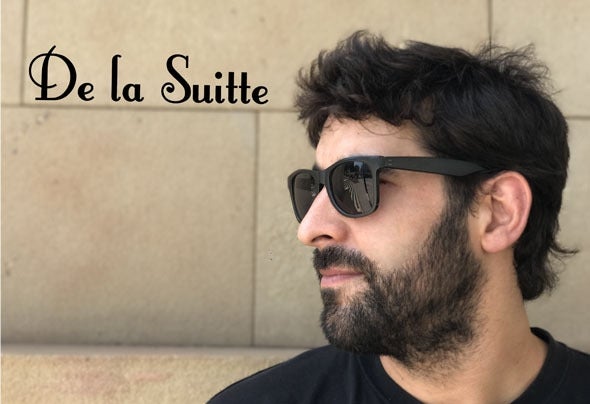 Resident in Barcelona and Ibiza, the Asturian artist begins his journey in 2000 playing music in the most important dance floors of his city.From that moment on he begins to unfold his music and to evolve his own sound, merging Deep House and Techno-House, with atmospheres and blunt rhythms with dense bass which are the main features in his works with bold character but a clear Approach to the most demanding dance floors.In 2010 after a long musical career, he settled in Ibiza to create North Resort Records labels with his friend and partner Jesus Galan (Music Producer) having his works included in the international dj charts all over the world like: Mihalis Safras, Dj Joesky or Mark Knight, among others.Then he continues with his sessions in some of the most significant places on Ibiza Island, where he meets Miguel Garji, Ibizaglobalradio radio announcer in charge of the program Deepfusion124Bpm where he collaborates in some of his sets and also with some other producers and friends of the island as well as in other cities.Among his most significant productions we can stand out 3 of his vinyls published between 2016 and 2017 in addition to the digital sales for the best selling websites around the world such as iTunes, Beatport, Traxsource, etc ...With a wide catalog of his works in some of the best record labels of the moment like Material, Mr Carter, Guajira Recordings, Chaman records, Detox rercording, etc ... With renowned artists such as: wally Lopez, Affkt, Noir, Dennis Cruz, Mendo, Audiojack, among others