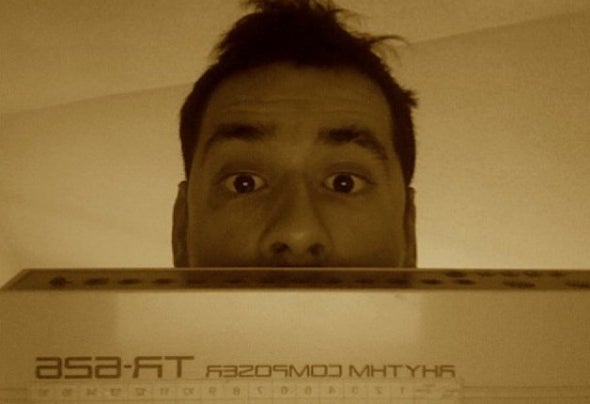 Scan Mode aka Alberto Sánchez began his career in the year 1998 and has since traveled throughout the Spanish territory, performing in major venues and festivals alongside the likes of Jeff Mills, Sven Vath, Dubfire, Marco Carola and Richie Hawtin to name a few.He is regarded as an eclectic artist who has taken different professional profiles during his musical career. In the beginning, he was more focused on convincing sounds like the hard-techno or acid techno and is currently immersed in sounds closer to house and tech-house.Thanks to his contribution as a music reviewer on important specialized electronic music media such as www.clubbinspain.com or www.djmag.es, he enjoys great respect and media coverage. This has earned him air time on stations and radio shows such as Ibiza Global Radio or Radio 3 (Official Sonar Radio). Currently, he is completely focused on his role as a producer, publishing material on both Spanish and international labels since 2008. Finally, it is necessary to mention his functions as a&r on the important Spanish label MyLittleCat.Now is currently highly focused on his role as a producer and a label manager. Additionally to release on important labels like: CadenzaLab,Alma Soul,MyLittleDog,Cray1Labworks,Theory,Tapas Recordings,Monza Ibiza or Natural Rhythm among others. Your tracks now are played by dh's like Richie Hawtin,Mathias Tanzmann,Edwin Oosterwal,Mendo and very other important DJ's also remixed by artists like Alexkid or Ben Sims. For Scan Mode, now is the time to take on Europe.