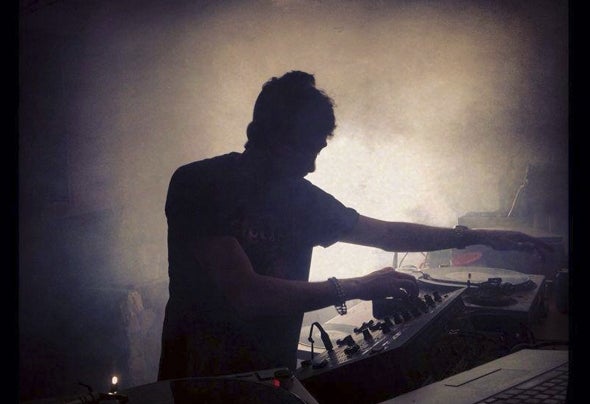 Diego Paulino Gonzalez aka Papol starts his way on electronic music at the end of the 90s throwing illegal parties in Madrid suburbs as a member of ‘RDT’, one of the most important collectives in the city. At these parties, he started to show his love for underground sounds but always being careful of having an intense connection with te crowd. Labels like Basic Channel, Studio1, Mosaic, Perlon, were big influences for him back then. In 2005, starts a new era for him as a promoter working with his friend Kasper for several clubs in Madrid sharing the same musical philosophy and the same concept for the dancefloor. At the end of that year starts to develop a musical project to satisfy the need of sharing his musical vision to the people called ‘Esperanza Records’. People like Kiko Barba, Troy Pierce, Dario Zenker, Jorge Savoretti, Ryan Crosson and Franco Cinelli joined the project and collaborated to make a solid label project with a continuous and steady development. After a little while, 11:00am was born. A project with a similar concept of Esperanza but a little more oriented to after party music. Mid 2006, he released his first reference with Kasper on Igloo, one of the most prestigious netlabels around. After that he released multiple collaborations for different labels like Ilian Tape, Igloo, Lessizmore. In 2008, he releases his awaited solo debut on vinyl having the honour to share a split EP with Brothers’ Vibe on his own label Esperanza, which lead to him play around even more and more in the most prestigious places around the globe. He already played in festivals and clubs like Klubbers(Madrid), South American Conference ( Buenos Aires), Fuse (Bruselas), Goa (Madrid), Watergate (Berlin), Harry Klein (Munich), Gazgolder Galery (Moscu) and more to come.