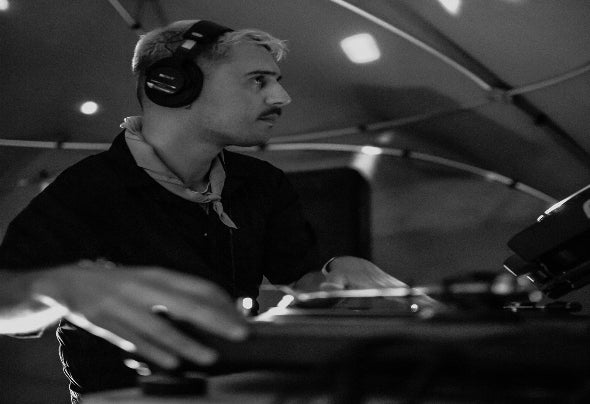 BODJ has been an integral player in the renaissance of underground house music in Greece for more than a decade. Athens born, he is currently located in Stockholm after a two year stint in Sydney that grew his reputation and earned him regular spots at local institutions such as SASH & BeAvantGarde. Having honed his skills even further, his return to Europe will undoubtedly see him return to familiar dancefloors while also breaking new ground. While a refined tastemaker and dedicated digger, BODJ is certainly no stranger to the production side of things, drawing inspiration from late 90s house & techno, with stand out releases on legendary Visionquest, Madrid imprint Tresydos - under the Adult Sonics alias alongside studio partner Roksi- , Ewax, O.G.E, & Memoria, but most recently self-releasing his absolute rockets of EPs such as ‘Evergreen’ & Inner Cosmos.