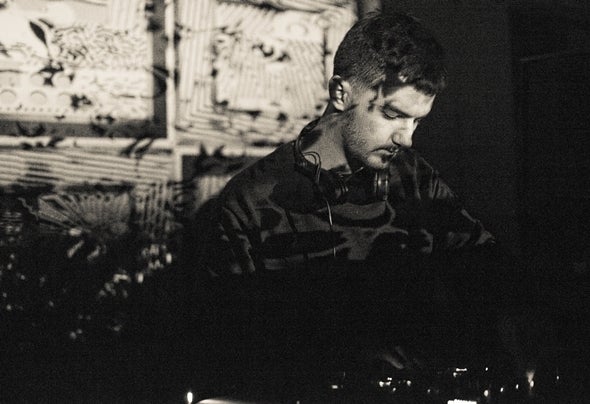 The story of IULY.B is pretty simple: born in Iasi, he discovered and developed his production skills through self learning when he was just a teenager, a hobby that in time evolved in something more serious. The increasingly visible gigs in different venues across Europe are the outcome of IULY.B’s dedication and constant flow of promising tracks delivered in the last few years. His records fly off the shelves as soon as they go on sale and we’re talking about a very rich discography, the young talent having credits on more than a dozen EPs in the last 5 years (2012-2017), for renowned labels such as Visionquest, Memoria, Fuse London or Vatos Locos. Deep, hypnotic energies are forged into merciless basslines, born out of IULY.B’s rich imagination and keener sense of space. The young producer has a specific depth of field that’s loaded with percussive details, making its ambient sensibilities feel active rather than passive. This is the sound of a man freeing his mind and allowing it to wander.