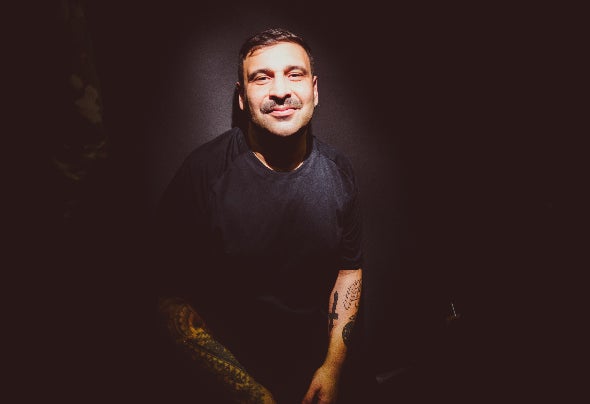 What makes an artist to succeed is still a secret for most of all. What it is sure, is that the journey is long and hard, more even coming from an island; a beautiful place in the world, but far away from the big cities and the big opportunities. This is what makes Javier Carballo still more respectable. He has been the reference for the best underground electronic music, back at the Canary Islands and Spain, but now he is becoming well known far away from his country too.We can see the energy of those warm islands on his energetic and spectacular underground sets, on his stylish house and techno; on the hipnotic and hight quality sound he spreads. All this together with his commitment for the transmission of the good music, the good parties and all the people involved in, made him the big artist he is already. He has built step by step his own style, and above all he has a strong devotion for the sounds that make us, the lovers of music, move and move, dance and dance with him as our dance partner. We can start naming some of the best booths, clubs and parties he had played in, but the list will have no end: Sunwaves (Romania) , BPM fest , (Mexico , Portugal , Costa Rica) , Fabric (London), Roots (Madrid), Watergate (Berlin), Sankeys (Ibiza), DC10 (Ibiza) Bar Americas (Mexico) , Space (Miami) , Output (NYC) and so on. Javier Carballo started to produce on 2009 and his music has being published very soon on international labels like One Records, La Vie En Rose, Serialism , Play it, Say it, Rooted, Druzbha , Hector ́s platform Vatos Locos and his imprint label Overall Music. At the same time, Javier’s label & Parties “Underyourseat” has turned into the most important music platform in Canary Islands over the last decade. This wonder boy is not going to remain isolated and unmoved. He understands music with an unusual sense, with an incomparable sensibility, out of the ordinary...and this will make him to became an exceptional and international artists.