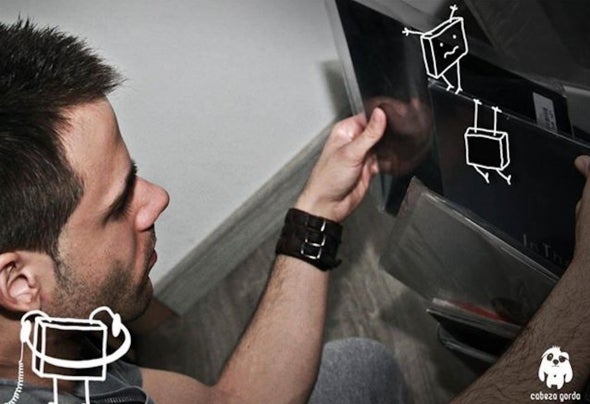 Originating from the beautiful and historic Spanish stronghold of Valencia, ‘Jose Bolumar Molina’ alias ‘Bolumar’, has prominently emerged from the city’s increasingly vibrant underground music scene as one of its most cherished musicians.Complimentary to his natural Spanish elegance and charismatic demeanour, Bolumar brings a very unique and infectious sound; something which truly sets him apart from the rest, the combination of which has ignited his ascension to becoming one of Valencia’s most promising underground tacticians .Influenced by the likes of Fuse frontman ‘Enzo Siragusa’, ‘Tsuba’ boss ‘Kevin Griffiths’, and one of Frankfurt’s hottest exports ‘Vera’, to name but a few, Bolumar follows through with a music style very much suited to that of his native city’s unassuming vibe; minimalistic, deep and techy.With his career commencing during his impressionable teenage years, Bolumar initially established himself through playing experimental gigs at small-time venues and parties in his hometown. It was through playing such gigs that he developed a real aptitude for DJing and a raw passion for electronic music. Gaining early recognition for injecting his infectious melodies and creativity into consistently unforgettable sets, this consecutively led Bolumar to gain a well-deserved residency at one of Valencia's most revered underground venues, ‘Miniclub’. It was here where Bolumar took-hold of the weekly Thursday night event ‘Klinik Music Club’, captivating his clubbers and creating a real lasting impression with his intelligently fused selection of deep, dubby house and minimal tech sounds.Having firmly established his capabilities behind the turntables, in 2010 Bolumar’s attentions turned towards production; three years on those efforts have started turning heads well beyond his local realms, with Bolumar’s music creating a real buzz amongst his industry peers, both across Spain and Europe.Along with the success of his own residency, over the past year Bolumar has really accelerated with his production, enjoying a successful string of releases on labels including ‘Kling Klang’, ‘Session Deluxe’, ‘Luna Records’ and ‘Deep Tech Records’, to name but a few. Such is his success and ease in delivering such an individual and moving sound, that his tracks have consistently generated sincere interest amongst some of the industry’s pioneers and his own musical inspirations, including Danny Tenaglia, Enzo Siragusa, Richie Hawtin, Marco Carola, Slam and Luciano, amongst others.Amidst such an energising sound and given the amount of hard work, dedication and acute application which this Valencian habitually applies to his musical pursuit, it comes as no surprise that Bolumar has amassed an array of impressive creative ventures at present and on the horizon.Undoubtedly one of the most alluring of these, is his collaboration with Guerilla Agency’s very own dynamic London based producer and rising star ‘Scott Kemp’. With the duo’s most recent offering, ‘Share Your Sick Soul’ (Draft Records), making such an impact in the Beatport Top 100 Minimal Releases, it is such productions which are justifiably increasing Bolumar’s reach and reputation throughout the industry.