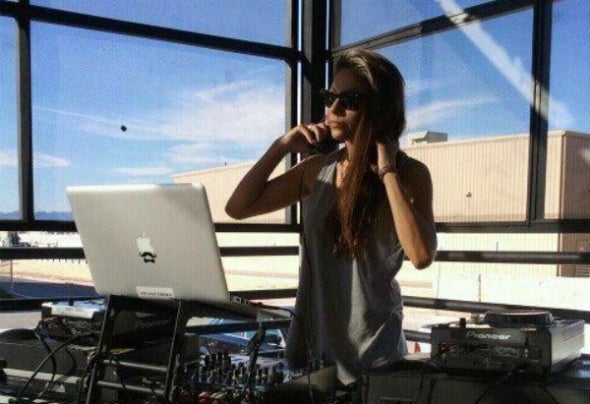 Ashley Rivera born and raised in El Paso, Texas has recently caught the attention of many and is becoming a recognized DJ throughout the city. Passion and inspiration is what drives her to pursue a life in the underground house music scene. Only one year exposure and she has played at many venues and lounges throughout the city, opening for artists such as Sergio Santos, JPLS and Alex Kenji. Le Disxco's originality is what makes her so intriguing to listen to. Whether its live or through sets, her twists of deep house, minimal, and tech house will keep everyone on their feet and listening. Her dreams are without a doubt being lived but with old dreams accomplished, new ones are established and there is no stopping her now. Not only is Le Disxco a phenomenal female DJ with astonishing talent but an inspired producer who released her first ep Le Fuck on Draft Label which she currently holds the title of Co-Owner. Le Disxco is planning on expanding her horizons and accomplishing as much she can with the opportunities she is given.