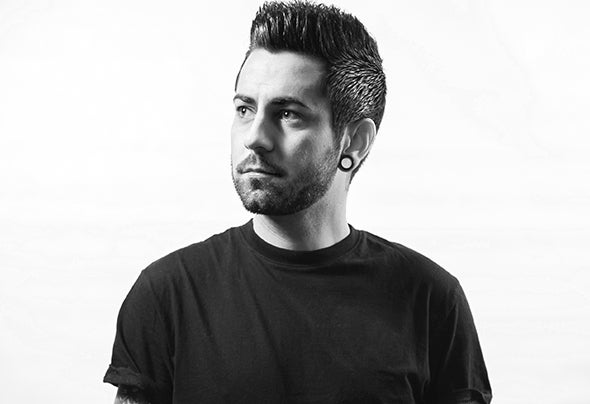 Born in 1984, G.sus has been musical since childhood. His education begins as early as 9 years old at the Conservatorio de Música de Sevilla where he took courses in reading and singing as well as in violin. (Not to mention the particular classes he used to take from Professor Alexandre, fist violinist in the Orquesta Filarmónica de Sevilla.) After 7 years of study, he abandoned his academic track and he tried some other instruments he was not fully satisfied with in the end. For this reason he happened to become friend of his colleges at the present time who made him become interested in electronic music and used to every device required to it.In 2006, a summer’s stay in Ibiza made up his mind to create his own show production and D.Js. and artists booking agency. Since then he has been working as both a D.J. on one side and on the other an individual entrepreneur with his own firm, namely BA+ Producciones.Since then parties such as Ibiza Love Festival, Love Sundays or Premiere Ibiza have become milestones of the parties offered by the discos in his town.The sounds in his sessions never stop reminding us of the underground nor the electronic ones and “bases pisteras” although G.sus loves mixing them with trance and vanguard tunes. In fact it is not an easy matter to classify his style where it can be found from something as minimalistic rhythms to electronic house, minimal house or even extreme deep.In 2007 he presented and animated the music radio station Cultura de Club fm along with David Dro, with a weekly programme where every Saturday sessions are performed and comments are made about the present landscape of the electronic music. Such a success on the air, by so many listeners to dial its frequency, made him turn it into Cultura de Club fm live on tour 08, a tour where the radio station is moved to the clubs in Andalucia.In 2009 he goes on board another project, Flamencolectronic, along with the flamenco female singer Dolores Berg, the flamenco dancer Yasaray, being co producers “Dosthedos” y BA+ Producciones. That is a sort of first line fusion between live flamenco and club electronic music.Actually G.sus has moved his shows to several halls in Ibiza, Spain, Portugal, England, Italy and the WINTER MUSIC CONFERENCE in Miami (USA).