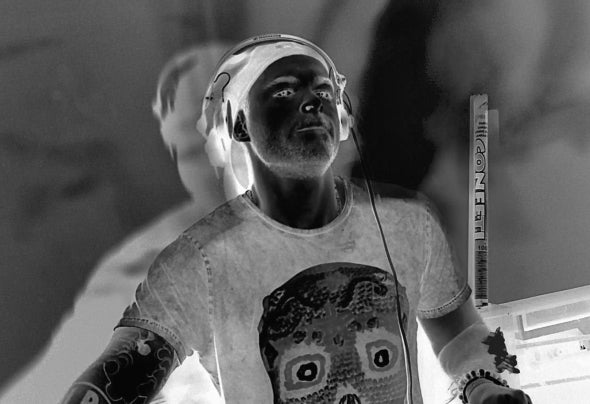 The son of Cuban descent, born in Havana, DJ/Producer Jose Gonzalez ( Gonzalez ) started his career in the 90's. As a toddler he fled Cuba with his family and established in Madrid, Spain. Once in Madrid, he began to do what he has learned and always loved to do which is "Mixing Tracks". He has played as resident DJ as well as guest DJ in some small clubs in the center of Madrid as well as in Toledo city, near Madrid. He was very influenced by some of the top spanish and international artists of that moment, like Nic Fanciulli, Simon & Shaker, Matthew Dekay, Steve Lawler and many more. After years of mixing he decided not only to play music from his favorite DJ’s and producers, but it was time to start making his own music in order to satisfy all his musical inquietudes accumulated over the years. In the year 2005 was when he started to produce his own tracks, after passing a 6 month electronic producer program at SAE's Institute in Madrid. Once he learned almost all the studio sounds and producer techniques, that he now knows very well, he was ready to start his career as "Producer" aside from his DJ career. The year 2007 was very important in his career, which is when he became a part of one of the most respected companies in the industry in Madrid, FSM Group. He was called to be resident DJ of the company every Thursday and Saturday night in a session called "Sunflowers". After this, he began to get his name known in Madrid's Electronic Scene.  No longer than a year and a half later he was called once again by FSM Group superiors to be the DJ of the best Sunday mornings session in Madrid, Space of Sound. It was an inflexion point in his career because he started to discover new underground sounds, new atmospheres, and in fact, a new concept of electronic music. His residence at Space of Sound has been crucial in defining and understanding his musical style in the present. With Space of Sound he has played with some of the biggest DJ’s in the world like Danny Tenaglia, Steve Lawler, Nic Fanciulli, and Sven Vath, Dubfire, just to name few. At the same time he has participated in some huge events and festivals ever made in Spain, like the Space of Sound Festival every January 1st in Madrid, Space of Sound Festival in Panama, Rock in Rio Madrid, Klubbers Day, MTV Day and so many other big events. The years 2010 and 2011 have been very special to him, after years of hard work and friendship with his studio partner Gonzalo Luque ( Gonzalo ) they decided it was time for a change and they became Gonzalez & Gonzalo duo producers project with some hits worldwide today like "The Big Mongo Santamaria" supported by some of the most renowned artists in the industry like Loco Dice, Marco Carola, Steve Lawler, Nic Fanciulli, Luciano, Sven Vath and more. During those years he has met another important person in his career, his name is Danny Serrano, he is one of the most important persons in his career,  not only because he’s good friend, but he is also a great influence, DJ and studio partner. They also have some fantastic studio collaborations, with great results during the year 2011, creating a huge effect in the industry. As a producer, his releases and remixes have been signed by some of the world's most established recording labels like Saved Records, Monique Musique, Great Stuff, Material Limited, Cr2 Records, Sphera Records and many more. In fact, Jose Gonzalez's ( Gonzalez ) passion for the DJ World, House, Tech House, and Electronica is too strong for one simple generic association, and now a days his message is louder than ever. Apart from the love of an unconditional crowd that has followed him for the past years, he is very proud and happy with himself because he has the recognition and respect of many professionals in this industry. For him that's a big reason to keep improving his DJ/producer skills, he isn't just at the top of his career, he wants to show the world what a DJ can do, technically and creatively. In other words, the show has JUST BEGUN!!!