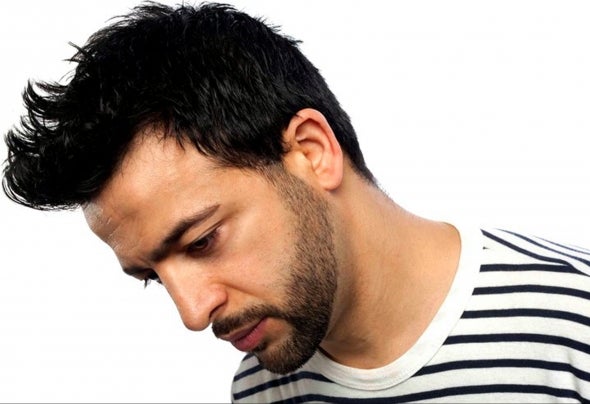 Roozlee was introduced to music in his earlier years by his father’s keen knowledge about it. He began to play electric guitar in punk rock bands at school and soon he was impressed by the music and the boards that mean the world.As a teenager during the 90’s in the Ruhr area, he was, like many others at that time, introduced to the craze of German hip-hop and discovered his love for graffiti. Through this he began to emcee for DJs in miscellaneous hip-hop clubs. He played in German clubs and soon his interest for the rap scene evolved. Roozlee began to produce beats – some of them were for German rappers but he also made techno beats .In 2004/5, he met his current partner Zohki and they started to work together by founding the electronic music project Zohki & Roozlee and planning events.Over the years, Zohki & Roozlee developed a very sharp sense of producing and deejaying groovy tracks. They are known for their creativity and constant search for new sounds and ways to tap in the subconscious minds of their audience through music. Within their productions, one can feel the soul and the roots of both, Zohki & Roozlee’s hip- hop flavor.At an event in Essen, Zohki & Roozlee met Matthias Tanzmann. Right away, they sensed the chemistry between them and they knew from that moment on that something special would come of this collaboration. Tanzmann, the founder of Moon Harbour, took the productions of the duo and started to incorporate them in his sets – and they were an instant hit.In August 2012, they published Zohki & Roozlee’s highly successful EP "One Way Out" on Moon Harbour.All 4 tracks charted on Beatport. With the tracks "Work It (On And On)", which remained in the Top 3 of the charts for several weeks, and "My Swag", which was on the famous "All Gone Pete Tong & Reboot Future Sounds", the duo gained international recognition. Artists such as Matthias Tanzmann, DJ Sneak, Nic Fanculli, Steve Lawler and many more played their tracks.More and more artists and labels became aware of Zohki & Roozlee and their music. Recently, they produced remixes for Kling Klong Records and Result Recordings. Also, they will release an EP on Steve Lawler's Viva Music.The name of the first EP release for Zohki & Roozlee is: There is only "one way out". Get ready to hear more of the productive duo – they are taking the scene by storm.Watch out!