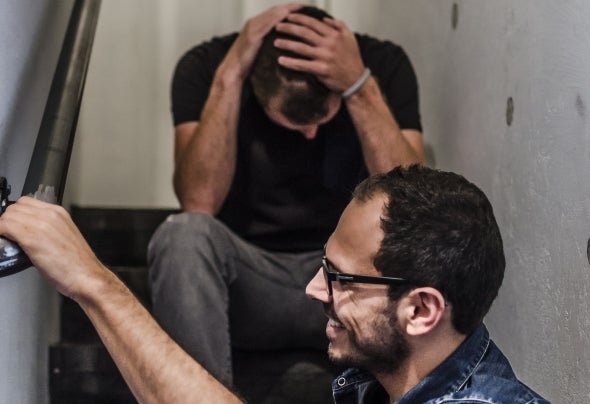 Raw District is the fledgling house project from Belgian duo Vernon Bara and Massimo DaCosta. Nonewcomers to dance music, under the Vernon&DaCosta, the pair have released music on labels suchas OM Records, AMA Rec, Robsoul, Aroma, OFF, Icon, Doubledown and many more. T hey haveremixed artists including Brett Johnson, Fred Everything, Style of Eye, Miguel Migs and JT Donaldson,garnering support from great DJs like Luciano, Ricardo Villalobos, Jamie Jones, Mark Farina and DJSneak. Vernon has also made more techno-focussed tracks for Hot Creation and Supplement Factsunder another moniker, Ultrasone alongside Igor Vicente. Early in 2013, they decided to start thenew side project as ‘Raw District’ in order to focus on the deeper and darker side of house music. Intheir own words, “Raw District tracks feature fewer samples and more organic influences...thetrademark soul, funk and disco influences are still evident, mixed up with the fresh European soundscoming straight out of Berlin.”With a few releases on some of the most established labels such Crosstown Rebels, Souvenir Musicor Defected they undoubtedly secured themselves as in- demand and talented producers.Alongside their production and remixing credentials; Raw District’s reputation as a DJ has reachedheady proportions following their appearances at renowed belgian festivals such Extrema Outdoor orWecandance and their fresh residency at Labyrinth Club (Antwerpen-be). Beside their own releases, Vernon and Massimo set up and run their own imprint, HomecomingMusic, in 2010, which has been home to releases from Brett Johnson, DJ W!LD, Chris Carrier, Djebali,DJ Sneak, Phil Weeks, Tripmastaz and Inland Knights amongst others.