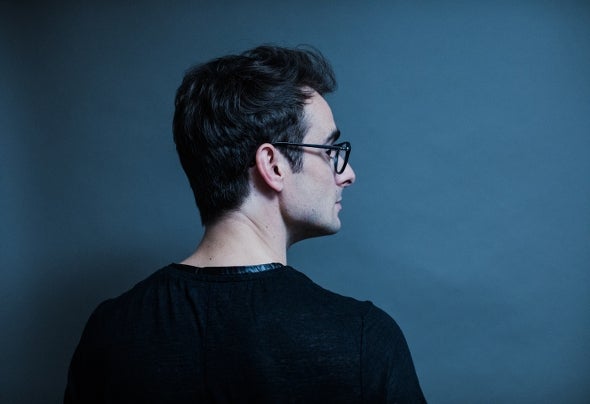 How to honor the model that raised us while at the same time questionning it ? When speaking about electronical music, especially techno music, this question becomes crucial. In the highly pressurized climate floating over the great global dancefloor, the new generation of producers nurrishing its vitality carries within itself this sole duty : to be grateful enough of the pionneers' work to deconstruct it. At this fancy game, Madben is one of the bests.When the exploits of the "Belleville Three" were first heard of, Benjamin Leclercq was not yet the owner of a turntable, but his knowledge of the Detroit Miracle, his healthy reverence for the explorer Jeff Mills and his sheer love for modular synthetizers can't trick anyone : this man is an authentic child of techno. True techno, the one to be danced hours long, the one which loves to play with changes of phase, the one which doesn't give out useless drops, the one which knows how to play as thoughtfully with the public's brains than it does with its feet. A good pupil ? If so, his favorite room for practical exercises stands rather outside of clubbing institutions. Yes, it is indeed possible to perpetuate the original rave spirit with style!Today, Madben has found a family of heart, namely Astropolis, the fine abode established in Brest, Brittany, for more than 20 years, whose associated record label already hosts number of outlets from this Lille native, not to mention his DJ sets and lives bookings. A cultural anchor and an approach to partying that define him perfectly : Madben is profoundly genuine, and every pair of ears who ever cruised through his live shows experienced it and felt it. Resident of the Rex Club in Paris, in which he organizes his MAAD evenings, he was also seen playing at Chalet in Berlin, at the Wood in Bruxelles, at the Numerik Games in Switzerland, and even back in Macedonia is still remembered. Also, Rennes' Trans Musicales, Montreal's Piknic Elektronik, Morlaix's Panoramas, Marseille's Marsatac, are some of the many waypoints of one of France's most talented young hopes of Techno. But maybe we should considerer a clearer statement : to be endorsed in the techno game by such champions as Laurent Garnier, Dave Clarke, Emmanuel Top, John Digweed or Mark Taylor from Underground Resistance, eventually makes of Madben one of the kind.Yet, it is impossible to track the milestones of such a musical journey by rolling out the red carpet. In the world of electronic music, the most fascinating ways are often the most winding. Musically speaking, the maxis he put into the racks were harboured by the very best European techno teams : principally Off Recordings, Scandium, Motech and Bedrock, after his mother house. As a remixer, he took Vince Watson on, as well as Mansfield TYA, and others ; his own titles having been remixed by Slam, or Basic Soul Unit. Direct consequence of an irrepressible sense for sharing, because, hey, aren't we allhere to dance together ? His crime partner Yann Lean, with whom he forms the dreaded duo Trunkline, will confirm the idea.Still, the hardest had yet to come : being able to produce, and succeed in making his first album of a music that is hard to tame in the full-scope. Is Frequence(s) a techno album ? Above all, it's an album of a music that doesn't refrain from anything. Please keep it a secret, but that's the key. Many times throughout this 11-track musical maze, Madben breaks the rythm, makes us taste each era, collaborating against type. His friend and mentor Laurent Garnier, working with him on "MG's Groove", was not invited to do the usual. The trio composed of Manu le Malin, Rebekka Warrior (Sexy Sushi), and Madben, gives so much more than a mere addition. That's how you deconstruct techno : getting out of highways, telling a different story, making it richer from its humanity. In fact, it is a way of salvation for this music, that deserves to stay young the longest possible, with Madben as one of its most relevant architects.