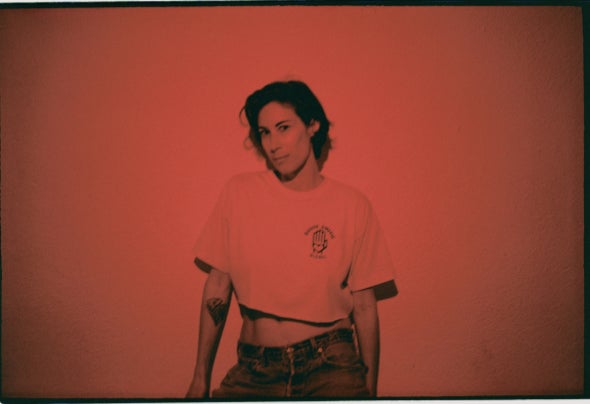 For almost two decades now, in Paris then Berlin and now Barcelona, La Fraicheur has been making a name for herself with her signature sound of powerful, diverse and emotionally charged Techno(es) sets. Running parties in Berlin's renowned clubs Wilde Renate & Mensch Meier, resident at Berlin’s Gegen as well as a regular DJ for the city’s queer scene staple parties Buttons, Pornceptual and House of Red Doors, member of Female:Pressure, the queer feminist activist is a marathon DJ who can go on for countless hours. In the last years, she extended her craft by producing her own music ranging from Techno to Electronica. She wrote her critically acclaimed and politically charged debut album during an artist residency at the Underground Resistance studios in Detroit, her project selected by the Berlin-Detroit Connection, founded by Mike Banks (UR) and Dimitri Hegemann (Tresor). She was invited that same year by Roland to launch the TR-8S alongside Steffi, Virginia and Catnapp. Her most recent EP “Tabula Rasa” was released on prominent UK label Lobster Theremin in 2021. In 2022, she launches her House of (S)PUNK, a transfeminist record label focusing on the young queer, trans, cyborg and women electronic artists of the new pandemic-born rave scene of Barcelona.