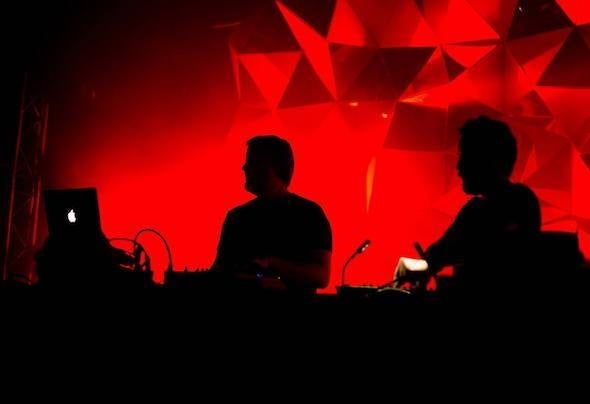 Ross has dedicated his life to electronic music since the late 90s where he began amassing a huge music collection. During this time he met fellow Scottish artist Vince Watson (Planet E, Cocoon) who taught the basics around the studio. Since the 90s Ross has held 2 DJ residencies, performed in Orchestras, funk bands, and indie bands. A few underground records soon gained wider attention attracting artists from the Glasgow music scene including Harri and Domenic Cappello (Subculture/Sub club), Graham Wilson ( Solab /Seventh Sign Recordings), Ian Elgey and Derek Reaper. Glasgow's competitive scene can be harsh, artists are brutally honest in the city where artists come and go but there is a way to absorb and learn from the art of DeeJaying to how great music translates on a dance oor and that was by attending the Sub club weekly for ten years. This inspiration worked and soon more re ned records began to be released at an alarming pace. The rst notable release was the alias Solab with Graham Wilson which featured a remix by artist Alex Smoke ( Soma ). Soon the records became more and more popular with new solo projects leading to invitations from clubs, festivals, and labels all around the world marking the true beginning of the Carlos Nilmmns alias.The sound of Carlos Nilmmns always aims to be consistent but is often unpredictable "give them what they want but what they least expect" still rings true today as it did back in the day. Today Carlos Nilmmns is a name that often pops up on records with some of the most respected artists and labels in electronic music. These include some Grammy-nominated and winning artists and pioneers of the house and techno movements such as Kenny Dope (Masters At Work), Niko Marks & Carl Craig, DJ Rolando, Davina Bussey , Kevin Saunderson, Santiago Salazar (Galaxy 2 Galaxy , UR), DJ Andrés ( Mahogani Music), Trax Records & Chicago vocalist Keter Darker to name a modest few.