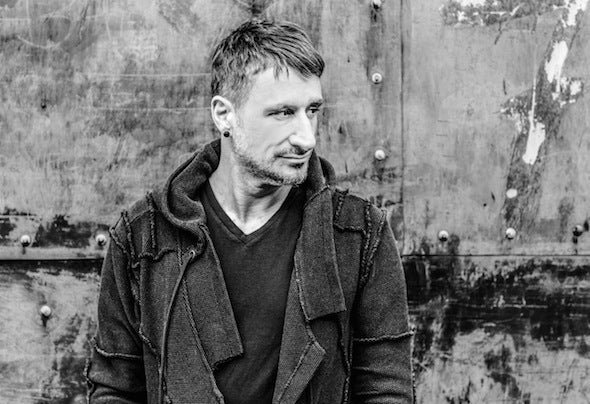 It all starts with a beat. A virtuoso of any craft starts with a love in their heart and a belief that this is their path. Great talents make their mark on the world by perseverance, struggle and dogged determination- traits few can withstand for very long these days. But sometimes a character of substance emerges, someone whose passion and talent truly rise above the norm, someone that embodies this music like no other can, a man who champions techno like a religion, and someone that the electronic music world can admire and take pride in. Marco Bailey is truly an icon in dance music. He cemented this status through relentless touring and with releases across a wide variety of respected labels such as: Drumcode, Intec, Sleaze etc to name a few. After his critically acclaimed "Dragon Man" LP on John Digweed’s Bedrock label in 2011, Marco released the notable "Stella EP" (Intec) followed by "Jungle Laps" (Bedrock) in 2012. Esteemed artists such as Adam Beyer, Joseph Capriati, Gregor Tresher, Speedy J, Nic Fanciulli, The Advent, Pig & Dan, Christian Smith, Dave Angel, Ken Ishii and Sian all remixed Marco, always citing the fact that they are honored to work with someone they so admire and respect. Marco’s certainly not just releasing on other artists’ labels. His own imprint, MB Elektronics saw him churn out no less than five separate EPs in 2012 alone. This was followed up by what some techno aficionados have dubbed a masterpiece, his 12 track album “High Volume” which dropped in 2013 along with his very up close and personal documentary “Marco Bailey.” Just born is also his new imprint MBR limited as well, a special limited series editions of total 20 EP's, all showing the deeper, dark and pureness of the Techno Sound of Marco Bailey. Each time with on the flip side a brilliant Remix such as guys like Black Asteroid from New York City, Flug from Argentina, Berlin based legends like Mike Dehnert & Korova. Marco is a festival fixture at some of the most prestigious shows in the world such as Tomorrowland (BE), Time Warp (Mannheim Germany), Awakenings (NL), Dance Valley (NL), Burning Man (USA), I Love Techno (BE), Nature One (DE), Global Gathering (UK), Ultra Music Festival (USA), Wire (JP), and Monegros (SP). On the clubbing side, he is a lauded techno ambassador at venues like Output (NYC), Zouk (SG), Ageha (JP), Fabric (London), Fabrik (Madrid), Lehmann (Germany), Rex (Paris), Industrial Copera (ES), and Chinese Laundry (AU) and with his annual guest appearances at Carl Cox’s "Revolution" events at Space in Ibiza, Marco has affirmed his legend and well-earned place at the top. Marco continues to adapt and challenge the status quo each week with his radio program Electronic Force which is heard by millions of listeners in more than 50 countries. This, coupled with his innovative production genius, passport filling tour routine, and never ending love and energy for techno culture makes Marco Bailey one of our truest icons.