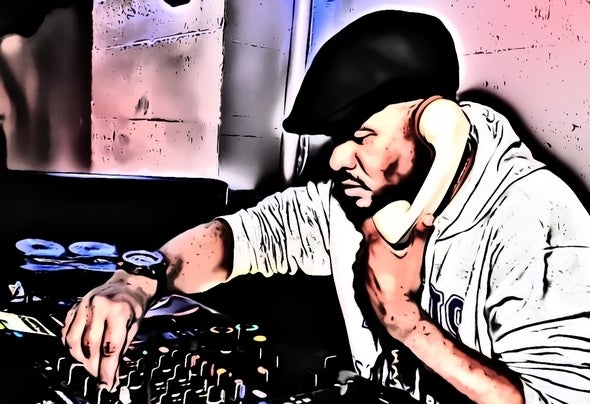 Terrence Parker (known to many as "TP") born and raised in Detroit, is known for his DJing skills, House Music productions, and use of an actual telephone handset as headphones. Terrence’s first DJ gig was in 1982, and released his first Techno EP in 1988 as part of Separate Minds with Lou Robinson and Marc Kinchen. In 1993, Terrence established his own music label Intangible Soundworks and has performed as a DJ in 53 countries throughout the world. He has released music on his label and others including Quantize, Axis/Purpose Maker, Planet E, Sony, EMI, Defected, Nervous, Kingstreet, and Purple Music. Terrence has chart hits with his songs “Something Here”, "Love's Got Me High", "The Question" and Number # 1 charting albums like “Life On The Back 9” and "Detroit After Dark". In addition to producing his Sounds That Work Podcast, having a top rated mix show for RadioFG/Maxximum in Paris, and operating his own web radio station WTPR Detroit, he has played at the world’s best clubs/festivals and has established himself as a legendary international producer/dj.