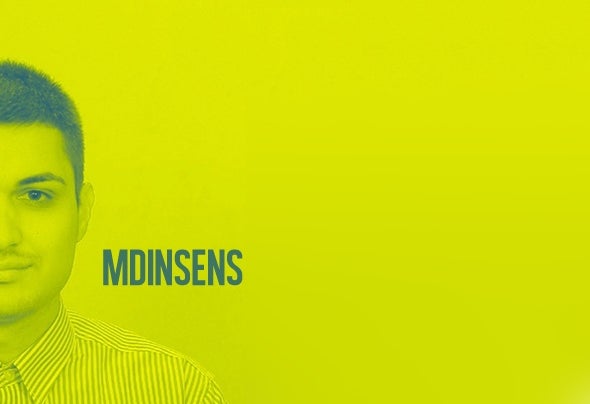 Ivan Stoyanov was born in 1987 and is better known as MDinsens or just DJ MD.From an early age he was introduced to the beauty and vastness of the space. Reading many books he discovered оnе different reality, that he found very inspiring. His dream is to become an astronaut, but fate had chosen another path for him. After much listening to music, he discovered that it is not only notes and singing but in quality sound there is a pinch of cosmic dust. For that reason he can distinguish quality music from mainstream back from these days till now. First impressions were made by genres like : electronica, trip-hop, dark-hop, rock and roll,house music, and techno generally underground sounds. After years of making parties in Bulgaria, partnering with well-known names in the country and abroad, MD begins creating his own music and establishes his own style. Falls in love with a girl and this refreshes his worldview and perceptions. His encouragement, skills and understanding lead him these days, so check his music out, he really has some good stuff to offer!