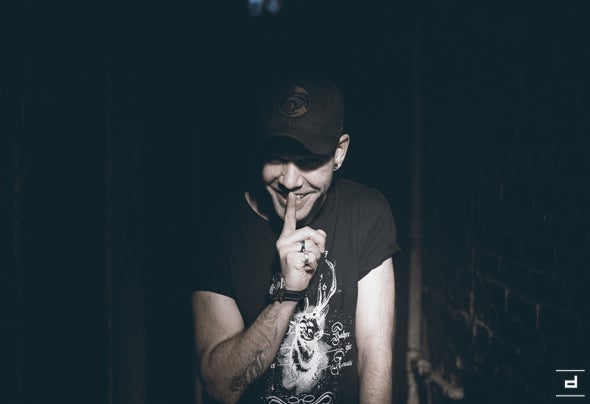 Berlin, the turn of Berlins reunion was attended by a massive cultural development of the capital city in the 90’s which the native- born east Berliner Lee Jokes closely witnessed from its beginnings. The nightlife of Berlin blossomed, electronic music was in literally everyones ears, everybody was dancing. The rest is history. So one day one thing lead to another when Lee Jokes in the year of 1994 took his step from the dance floor to behind the controls. It took six years and countless gigs till he began to implement his vision of high quality music for his peers in own productions. The turn to the twenty rst century also marked the beginning of his own series of events called „Soundpendler“ which took place in locations like MS Edelweiss, Club XS or at 80dB. The year of 2009, Organic Live Art Records (O.L.A Records) is born and serves him platform for his music and the artists in his surrounding. Next to creative releases the focus of his label work also lies on hosting regular Showcases and his online radio show „JokeBox“. In the meanwhile more than just arrived in Berlins scene he releases his own creations on labels like Katermukke, Bar 25 Music, Lordag Records, Me! Records and Default Machine. And also en route, away from his local realm he regularly inspires international audience when he turns his passion in sets that seem to be nearly never ending. Ground-breaking, honest and hypnotic driving. These properties adumbrate more or less what Lee Jokes music is affected by.