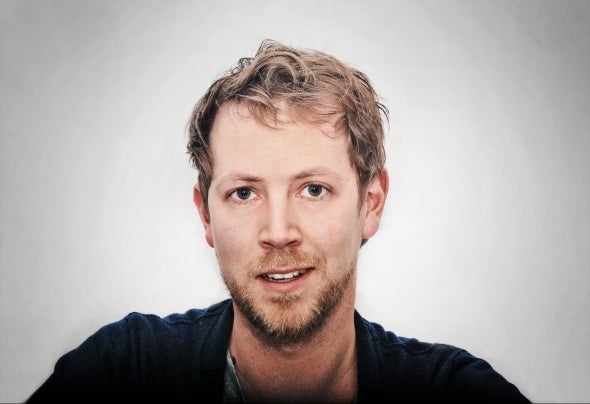 Samuel Fach was born and raised in Gießen, a small town in central Germany. With plenty of time on his hands and an inquisitive mind, he began to explore electronic music. After years of discovering and learning about many varieties of music, he began to DJ in the year 1999. Through further expanding his knowledge and skill of DJing, he found an urge to express his own musical creativity, and in the year 2005 he began producing under the name Laufmasche. Under this name he successfully released with numerous labels such as; What What, Snork Enterprises, Relax 2000 and Eminor. He also performed as a live act and as a DJ within Germany and internationally at venues such as Fusion Festival, Club Electribe (Kassel), Tresor (Berlin), Golden Gate (Berlin), Kater Holzig (Berlin), Weekend (Berlin), Fundbuero (Hamburg) and Tango (Peking)...Today Samuel Fach lives in Berlin and thrives off the flair and inspiration of this lively city. Over the years the typical sounds of Laufmasche developed into rounder, warmer, softer and more housey ones, so towards the end of 2011 the alter-ego Samuel Fach was born. Under this new name he now releases on the label Tonkind which is based in Berlin. His latest works combine a clear, minimal, dancefloor structure fused with playful and funky tones and melodies. This sound works well for both peak hours and after hours.