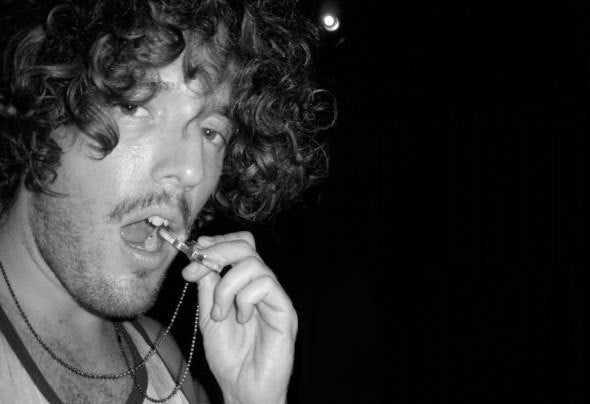 Sleazy McQueen's productions sounds like what might happen if Acid House took Kano in the backroom, beat up the two Italians, kidnapped the black guy, hopped a plane to minneapolis, abducted Prince, made those two do it until a baby popped out, then slapped the baby in the ass with a 303(TB, not groovebox!!!!) and sampled the baby crying. While his DJ sets provide an outlet for this culturally-confused & funked-up sound. His record bag has found occasion to travel from Asia to Europe, both Americas, and has allowed him several tours of those United States. His computer and keyboards have licensed over 100 releases, remixes & edits on labels worldwide, including, but not limited to; Bearfunk, Headtunes Music, Smoke n Mirrors & House Arrest. Sleazy also manhandles edit label Whiskey Disco, a sneaky re-edit label bent on dredging the decanter for diffident dancefloor genius from latent disco perpetrators.