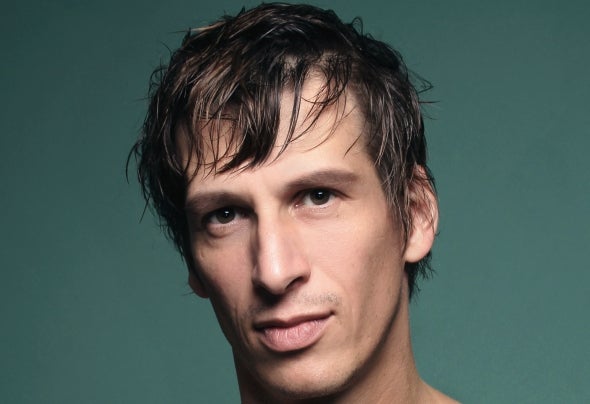 Every scene has its hypes that come and go; hypes that rise to a euphoric zenith, only to fall once they reach a state of supersaturation. The perfect substrate for this is the esoterically charged club culture of Techno-Mekka-Berlin which threatens to blow at any moment. However, every climax refers to a golden mean. We may not always recognise this constant at first sight, but it is undeniably the basis for everything that Berlin ever brought forth.David Dorad is part of this basis. He is one of the characters that have kept the scene very much alive in the past decades. Born and raised in Halle, he came to the capital city after the reunification as a squatter in 1994 and began DJing. After having foraged through all facets of contemporary music with youthful zest, he commenced to play his first gigs. In 2004 he founded the party collective „Bachstelzen“ with friends. The great attention to detail and homely atmosphere of their events extended their name well beyond the city limits. For some years now, they have been a constant at the Fusion Festival, too. And wherever the Bachstelzen showed up, the Bar25 was never far behind. At first David Dorad was a guest here, then a DJ and soon a valued friend. Ultimately the in-house booking agency of Bar25 (nowadays known as SASOMObookings) offered him a home base. By now he plays every weekend. And not just within German borders! He‘s well underway in expanding his international status.David is what we would call a charismatic thoroughbred DJ, far from being the business type. You won‘t find any Twitter messages or pictures of his cat online. He is so very Berlin: down-to-earth and versatile. When he plays a set, his wish is for everyone to enjoy themselves, regardless of wether they‘re Hippy, Yuppie or Punk. Be it techno, deep or funky; he won‘t submit to any musical dictate within a given scene and prefers to take on the long afterhour shifts. These are most ideal for weaving a soft but vivid soundscape whose colours are characterised by the season, the setting or the crowd. His harmonious sets are packed with honest energy and don‘t shy away from knocking forth a sassy electronic version of the Berliner tongue. Sometimes a bit cheeky or brash, but always meaning well.He determines this diction by aptly intertwining well-tried classics with new, carefully chosen records, weaving away, until the bigger picture reveals itself to his listeners. It‘s as if his magic hand commands the art of splitting synapses and rejoining them as desired. That would put him ahead of most brain surgeons! David doesn‘t bask in the past or in the future; he‘s a man of the moment. And this moment he gladly lets drift.