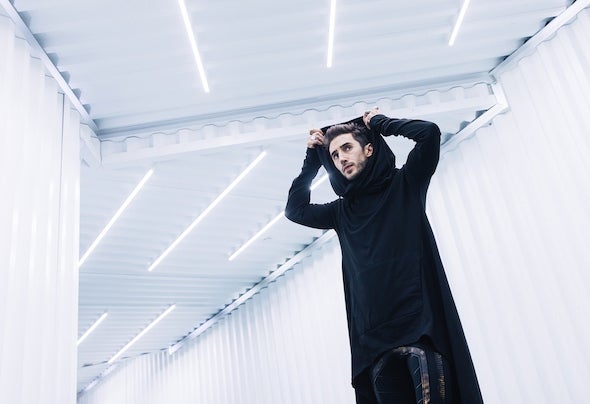 Jonnie King has truly found himself in the City of Angels. As a true artist of his craft, he showcases an extremely versatile range of sounds that play through dark synthwave, melodic techno to chuggin' Disco. This is why he is known as “the DJ who has no sound”. Refusing to pigeon-hole himself into one genre, he chooses to create an auditory playground for his audience, taking them on a journey like never heard before. With a music collection spanning the last 20 years of electronic music, cherry-picking selections with a ne-toothed comb, you are sure to be enthralled in a brand new experience every time you hear him. Jonnie’s resume includes festivals such as Coachella, BPM, Burning Man, Lightning in a Bottle, Further Future, WMC & Beyond Wonderland. The talented artist is also known by many under the moniker AEONIX. With the debut of the project, Pulse Radio hailed it as “Top 10 Must See Acts At Further Future.” Labels he’s released on include Francesca Lombardo’s “Echolette”, who he made the EP with, Just Her’s “Constant Circles”, Manual Music / MNL, Subtract Music, Cenote Records & many more. Artists such as Goldcap, David Hohme, KMLN, Uone, Clint Stewart, Birds of Mind, Charles Webster, Lonely Boy & Hubert Kirchner are some that have remixed his music. Jonnie’s music has received rotations from heavyweights such as Sasha, Groove Armada, Hernan Cattaneo, Lee Burridge, Audioy, Francesca Lombardo, Nick Warren, Jonas Rathsman, Acid Pauli, Eelke Kleijn and Nicole Moudaber to name a few. He’s received notoriety in publications such as DJ Mag, Pulse Radio, Deep House Amsterdam, Insomniac Events, Pioneer DJ Radio, Ibiza Global Radio, Electronic Groove & MusicIs4Lovers. Jonnie King’s most recent Tarantino-esque EP, “When The West Was One” on Tierra Sounds reached #2 on Beatport. Upcoming releases include a single on Constant Circles and an EP on Comport.