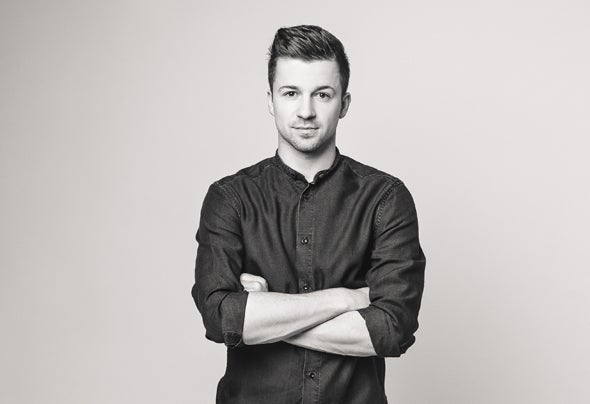 Loui (34), one half of the Polish DJ/producer duo Loui & Scibi, started his career in 2009 with the track “Feel The Sun”, followed by “This Is How We Do It” featuring vocalist Jacob A and released with remixes by Brazilian superstar producer DJ Meme. This track catapulted Loui right onto the radar of the global dance scene. Supported by top artists such as Junior Jack, Milk & Sugar, Soul Avengerz, Erick Morillo, Stonebridge, Tony Humphries, Dario D’Attis, amongst many others it appeared on many leading mix albums like Defected’s In The House Brazil ’11 and reached position #5 in DJ Mag Poland in the category “Best Polish production 2009 , by some called the best Polish house track ever. The next year brought many interesting remix offers for artists like Scott Diaz, Distant People or Milk & Sugar to name a few. Loui from then on started performing on some of the nation’s biggest events like Global Gathering, Sensation White and Tunnel Electrocity alongside Erick Morillo, Roger Sanchez, Todd Terry and many others. One year later in 2011 he released his “Bosa Noga Ep” including “Giving You The Light”. UK’s nest Hed Kandi Records A&R team considered it one of the best house tracks of 2011/2012. His next single “Believe Me”, with an amazing vocal from Beth Aggett, appeared on HK Records, a Ministry Of Sound sublabel. This release was ready to take the world by storm one more time! On his super successful Deepalma label debut “Your Love”, which currently has over 8 million Spotify streams, he came back with another wonderful nu-disco release, called “Don't Lie”. Perfect remixes from Satin Jackets, Max Lyazgin & Hot Sand made this package stand out. “The Cure”, “Breathing Fire” and “Always There” are the latest releases by this amazing nu-disco / vocal deephouse artist.