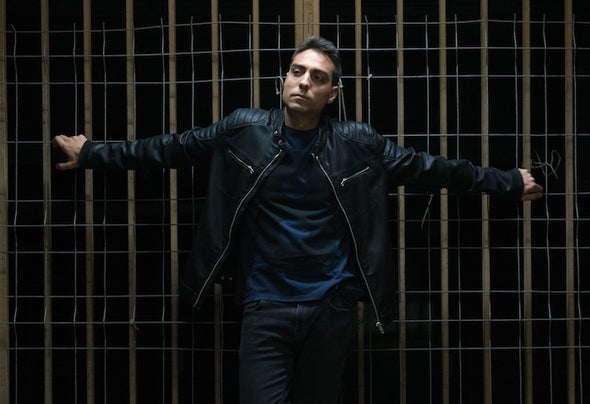 GRAZZE, in love with music, nature and the magic of the night. He begins his journey into the electronic music scene at the age of 14 after having studied piano and musical theory. With a degree in sound engineering, GRAZZE specializes in the technical areas of production, mixing and mastering as well as guitar and percussion in the artistic field. His versatile sound has been evolving ever more with each song created by producing in different styles while maintaining his essence and own identity. At the moment he is exploring and developing a more elegant and emotive approach in his deepest side. On the other hand, he is also using more ethnic and dynamic elements as his inspirations for producing “club” sounds. As a music producer, he reached TOP1 in sales on Beatport Styles with “Blow Your Mind” in 2015. Since then he has been working with the major labels ANJUNADEEP(GBR), ARMADA ELECTRONIC ELEMENTS (NL), BEATFREAK (SPA), GLASGOW UNDERGROUND (GBR) and BAROQUE RECORDINGS (GER), while gaining the support of well-known media like DJ MAG, FAZE MAG, RED BULL MUSIC, WE RAVE YOU, IBIZA GLOBAL RADIO, WHEN WE DIP and DATA TRANSMISSION, among others. His polished sound and personal style have received special attention by many of the most recognized artists in the international electronic music scene such as Above & Beyond, James Grant, Jody Wisternoff, Tube & Berger, Juliet Sikora, Nora En Pure, Wally Lopez, Kevin McKay and being remixed by important artists as D-Formation, Stan Kolev and Tube & Berger (official remixers of 'Cat & Mouse', 'Lost' & 'Time we are in'). Since 2012 he has been working in sound production and technique in broadcasting companies such as KISS FM, HIT FM, LOCA FM or UNIKA FM (Spanish radio stations), being an official DJ of several radio shows like “Don’t Stop DJ” (Hit FM), taking part in 4EVERY1 FESTIVAL 2015, “U Rockz Radio Show” (Unika FM), nominated “Best Radio Show” in VICIOUS MUSIC AWARDS 2016 by VICIOUS MAGAZINE & his new radio show 2019/2020 “Sounds of GRAZZE ” at IBIZA GLOBAL RADIO. Currently, in addition to focusing on his own artistic project, he is also working as a music producer and sound engineer for other acclaimed artists and prestigious music labels of international renown.