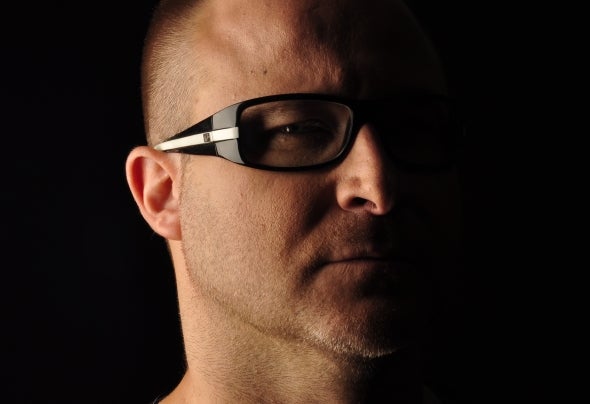 Born in Spain, and over 25 years of experience behind him, Ismael Rivas, has amply demonstrated why he is one of the best deejays in Spain and abroad. We could describe him as many ways, but the easiest one and with the better we can identify is with his music: own style, with lots of character, with which he transmit to the people his personality, full of energy, with epic melodies, strong rhythms, and electronic character. A pioneer of many trends in electronic music in our country, Ismael has been always at the vanguard in his style, since the Progressive House which became fashionable during his stage as residency at “Space Of Sound” for 12 years to the most select Melodic House & Techno that distinguishes his sets nowadays. Recognized and respected by all the professionals of the sector and also for the clubbers, Ismael has reaped numerous awards highlighting as best Spanish resident given for the prestigious magazine "Deejay Mag" in 2011 for 3th time. Thanks to this recognition he had the opportunity to cross our borders and play in some of the most important clubs of the world, in countries such Space Miami USA, Womb Japan, Plazma Bulgari Haoman 17 Israel, L ́Rock Belgium, Cafe Jeri Brazil, Circus Mexico, Stereo Montreal, and many more countries. A resident of luxury for clubs such Ministry of Sound in Spain, Les Van Douches in Paris, Amnesia Ibiza or the Tunnel in London. He has been also regular in festivals and big parties in Spain Day One Madrid, DreamBeach, Arenal Sound, or Rock In Rio , and of course have played in the most renamed clubs at Ibiza, Space, Pacha, Amnesia, Lio, Ushuaia, Vista club, or Sankeys. His recognition also comes as producer, with more than 500 productions, Ismael is one of the few Spanish producers who can presume to have his own album “Face Up” and is able to get publish in the best labels, like Suara, Brise,, Serkal Innocent Music, Serkal, or his next stuff at Oko Records, Asymetrik, Uniback, Beatfreak, or Radiant.