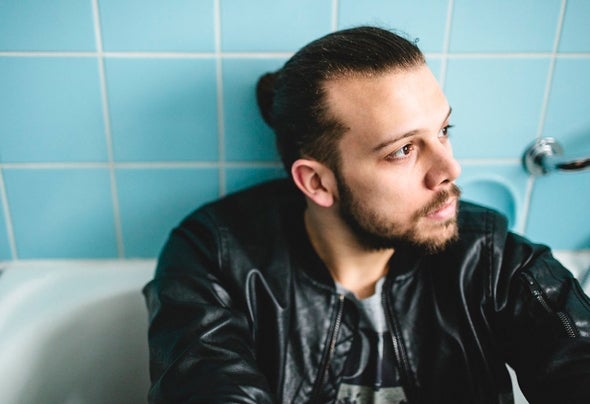 Tobi Kramer was introduced to music at a very early age His father musician and mastered a number of musical instruments, so no wonder that Tobi was already enrolled in music school for a basic course on education at age 6.A year later he moved on to guitar lessons and played acoustic, as well later on, electric for several years. Founding a band however didn't really come to his mind as he gradually discovered his growing interest in electronic music.Mixing different tracks quickly started to fascinate him.At age 15 he bought his first DJ equipment and shortly after he started performing in clubs behind the decks. Well equipment and shortly after he started performing in clubs behind the decks. Well received, he was increasingly booked by local clubs and discotheques for spinning records. It didn't take him long though to figure out that he got more interested in creating his own music. So more and he concentrated on producing House Techno tracks. Tobi then, at age 20, moved to Cologne study audio engineering the SAE Institute where then, at age 20, moved to Cologne study audio engineering the SAE Institute where he put his focus entirely on music production.When Tobi hears about the “Stil vor Talent” remix contest in spring 2011, he instantly knows: “I have to participate in there!” A few days after he submits his remix, Oliver Koletzki gives him a call. He is thrilled about Tobi's remix of Niko Schwind's song "Midnight". Tobi ranks third and not only is his remix released on Beatport, but even debuts in the Tech House Charts! Oliver gets hooked on this young talent and lets him contribute a track to the "6 years of Stil vor Talent" compilataion. Moreover he asks him to produce a remix for his album "Großstadtmärchen 2"!End of 2011, Formatik Records also hosts a remix contest. Tobi grasps his opportunity and remixes with "Socks & Sandals" a track from the current Format:B album. On the day he submits his remix, Franziskus tests it in the legendary Studio 80 in Amsterdam. It is THE record of the night and Tobi isinstantly considered among the favourites of the contest. In the end, Jakob is equally enthusiastic and Tobi wins the contest. His remix released together with mixes from Pan- pot and DJ PP.Tobi's debut EP "Aye Patch" was just released in February 2013 on Formatik Records. It gets big support from names like Umek, Format:B, Sébastien Leǵ er, Simina Grigoriu, Daniel Steinberg and many more!