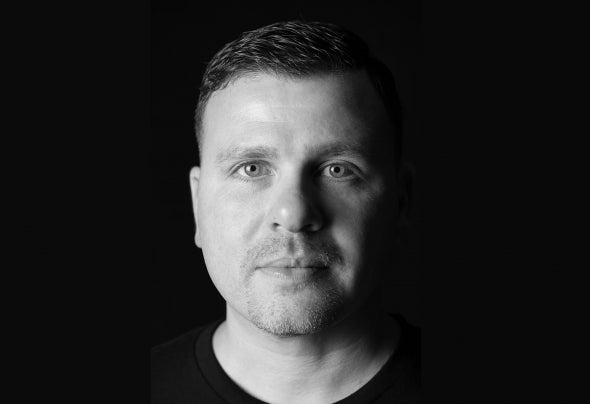 Jersey native Angel Manuel, DJ and producer, acquired a strong interest in music at a very young age, it wasn't long before he found himself behind the decks. Spinning records since the mid 90s, Angel eventually turned that same passion for playing music into creating it. In early 2006, Angel dropped his debut single, "Can You Feel It" on Open Bar Music, a tribal/peak-hour remix of the classic Mr. Fingers jam! With major support from many world renowned DJs such as Roger Sanchez, Erick Morillo, Tom Stephan and Bob Sinclar, Angel Manuel quickly became a name to remember. By 2007, Angel began turning out remixes for some of the biggest names in the business. With remixes for Roger Sanchez, Ralph Falcon, Mark Knight, Tom Stephan, Todd Terry and Angie Stone, to name a few, Angel Manuel has proven himself to be a rising talent! He has worked for some of the hottest labels in the electronic scene including Stealth Records, Nervous Records, Star 69, So Deep Music, Open Bar Music , Audio Damage, Chumbomundo and Mark Knight's infamous Toolroom Records. In 2009, his remix for the Transatlatins ft India "I Can't Live Without Music" was featured on Stealth Records. Sporting remixes from some of the best, the project saw its way to the top of the DMC Charts! Throughout this time, Angel has also accumulated four Billboard Top Ten's on the Dance Club Play charts and has appeared on CD compilations for labels such as Nervous Records, Chumbomundo, Star 69 and Clubstar Germany. Angel has become synonymous with that floor-filling energy on the dance floor. With his unique style, Angel Manuel is on the rise rocking dance floors with his infectious rhythms and tribal-infused electronic sounds. For updates and news follow him at www.angelmanuel.com